Andrey Belyaninov about his friend Almazbek Atambayev and many other things 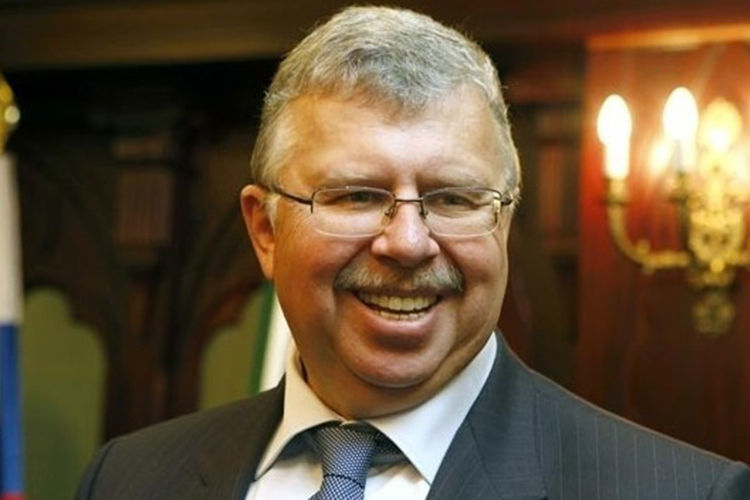 The former head of the Federal Customs Service of Russia and now the Chairman of the Board of the Eurasian Development Bank (EDB), Andrey Belyaninov, arrived in Kyrgyzstan. He met with the leadership of the republic and discussed future projects. In an exclusive interview with 24.kg news agency, Andrey Belyaninov told about his friends and why Kyrgyzstan should get more from EDB.

— You are called one of the closest friends of ex-president Almazbek Atambayev...

— Ok. Let’s talk about your meetings with the incumbent leadership of the country. What are the results of the talks with the President Sooronbai Jeenbekov?

— We noted that the level of interaction between our bank and the Kyrgyz economy was clearly insufficient. Taking into account the fact that Kyrgyzstan is a shareholder of the Eurasian Development Bank, it has the right to expect more cooperation through the Eurasian Stabilization and Development Fund, and through the projects that could be financed directly by the EDB. We raised the question of work in national currencies, in particular, in Kyrgyz soms. I had a meeting with representatives of the National Bank; there were negotiations with the Ministry of Finance. We have outlined the ways. 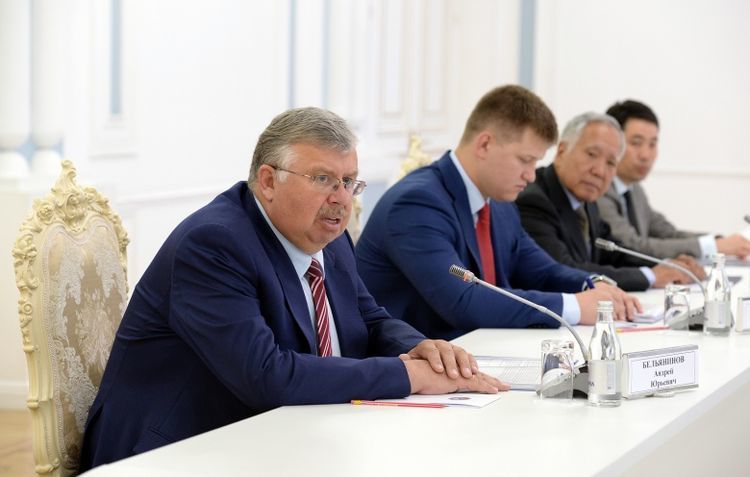 — How does the EDB plan to work in Kyrgyzstan?

— We need to make financial leverages in order to finance projects — both large and small. We are present in the market of Kyrgyzstan; we finance the Russian-Kyrgyz Development Fund, two commercial banks, which are engaged in lending to agriculture, leasing operations. This is one side. As the economy of Kyrgyzstan is developing dynamically, it is extremely important that our bank to occupy a more worthy place here. We are ready for this not only theoretically, but also practically.

I’m a supporter of tough bureaucracy. Everything should be clearly spelled out, and there must be a control over the execution so that a slouch can be punished. You met a hopeless bureaucrat. It’s me.

We need a closer interaction program. It was said that it would be highly desirable for us, together with the government of Kyrgyzstan, to draw up a program of cooperation and approve it. Specific projects, terms, amounts of funding and, most importantly, responsible persons, should be indicated in it, because there is a problem — frequent change of officials does not contribute to dynamic development.

— You have worked with the former leadership of the country. You met a new one today. Is there continuity?

— I can say that the main concern of the country’s leadership is the development of the economy and political stability. Everyone wants a progressive development. I do not see antagonisms.

— A memorandum of cooperation between the Russian company Inter RAO and EDB was signed earlier. It was about joint implementation of infrastructure projects in Kazakhstan and Kyrgyzstan. Are there any specific projects with which Inter RAO can enter the Kyrgyz Republic?

— No, I can not name the projects now. It was only an agreement of intent so far. On the other hand, the EDB finances infrastructure projects on road construction, energy (Kambarata and Toktogul HPPs). Here we stand together with Inter RAO. But I would like much more. 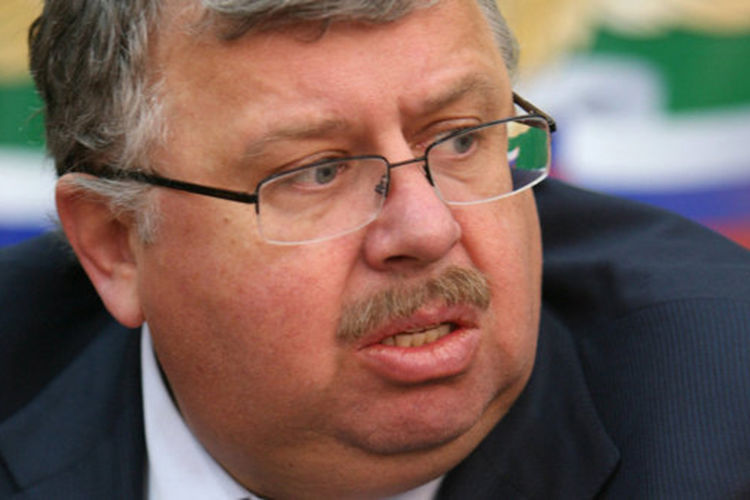 — What projects can EDB invest in?

— We discussed a possible project for the construction of new railways for Kyrgyzstan. This is extremely important, because it is necessary to develop the infrastructure. There is a project to modernize Manas Airport. We are also ready to invest in it. We discuss sufficiently large and serious projects, which are extremely important for Kyrgyzstan. Today we demonstrated our readiness to work in all directions. Colleagues from the government of Kyrgyzstan very carefully took note of all our proposals, as they say, «to think about.» We are able to work in all directions that require the development of Kyrgyzstan.

We are not trying to ensure that a project, which we will finance, will worth, for example, not less than $ 20 million. We can consider smaller projects.

Recently we received an application from Kyrgyzstan to build and equip the hotel for $ 5.6 million. This is a small amount for the bank; we only need to assess the risks. We are also ready to consider such projects, because Kyrgyzstan deserves more attention and respect from our bank.

— You stated recently that the ruble, secured by gold, should become the single currency in the Eurasian Economic Union. Can you explain your position in detail?

— I suggested turning to world history. There was the Bretton Woods Agreement. Many countries have signed it. The USSR refused to do this. Its purpose was the further development of the U.S. Federal Reserve System. The dollar should become and had become the currency No. 1 in payments. Then it was said that the dollar must be 100 percent secured by gold. Then this situation blurred, and today the dollar turned into a cut paper, green candy wrappers.

Our countries are rich in natural resources. We have decent gold reserves, there are a lot of it in the soil. Since «the flight from the dollar» is an objective picture all over the world, it turns out that the regional currency is the ruble. But it must be a strong monetary unit, secured by gold. It seems to me that this is quite possible for us. This is only my private opinion as an economist.

— One more question on flight from the dollar topic. In February, at a meeting of prime ministers of the EEU countries, you said that the countries of the union wanted to be credited in the national currencies and asked to finance the bank’s own capital in national currencies. How is the process going today?

— Our shareholders are not ready for this so far, because this requires changes in the current budgets. We will hope for a favorable financial position of our shareholders. But this will not affect the bank. We will not lend less. We will find opportunities for external borrowing. Loans in national currencies are more profitable for both borrowers and the bank, because all the expenses go to them. Nobody wants to deal with currency risks. They are too big. Losses are also possible.

— The Kyrgyz som celebrated its 25th anniversary this year. How do you assess the stability of our currency?

— During this time, som has proved to be a wealthy gentleman. It demonstrates stability. It reflects credit on the National Bank of Kyrgyzstan. They work very well and clearly, they strengthen the gold reserve. Due to this, the som is stable and, accordingly, the economy is stable. 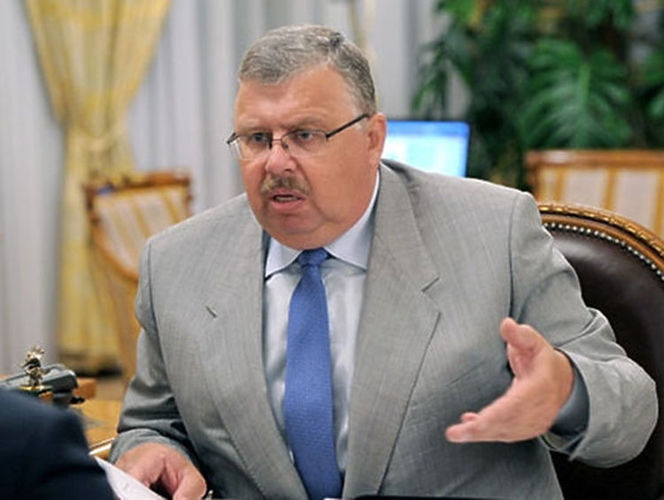 — Will the work of the EDB change under your management?

— I think that the bank is a rather conservative tool that requires an attentive, balanced approach. No revolutionary changes are needed here. The bank is in good condition. They have good ratings. The only thing that we added was payment and cash services for legal entities. This will contribute to our financial stability.

— What, in your opinion, is the future of banks and development funds?

— I will not criticize my colleagues or myself. I am sure that the banks and the development funds will not disappear. The economies and territories of our countries are developing. A lot of investment projects need this type of financing, which is provided by the development institutions. They will work for a long time. There will always be in demand.

— If to speak about the sanctions that the United States imposed on Russia: how can Kyrgyzstan use them for its own benefit?

— In the same way like Kazakhstan — to make the economy more open and receptive to investments. Perhaps, it is necessary to correct internal documents in such a way in order Kyrgyzstan to become attractive to investors. Kazakhstan has already done it. Kyrgyzstan needs to work on this further. This is a matter of concern for the president, the government, and the National Bank. I think Kyrgyzstan needs to be more flexible because there are no sanctions against the country.