Blockchain can lead international investors into the country 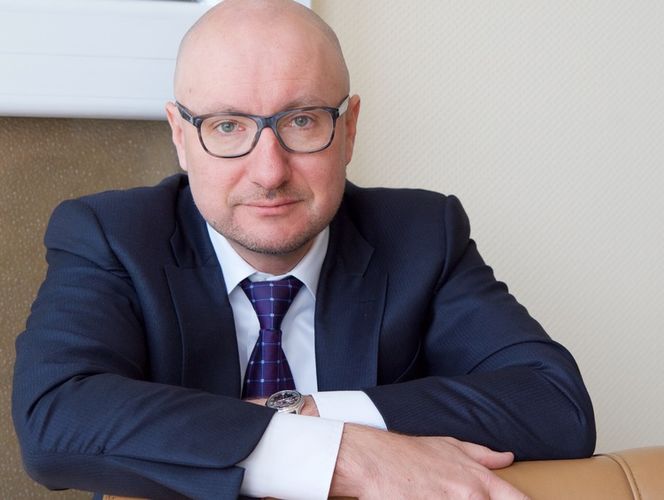 The Kyrgyz Stock Exchange and the International Finance Centre Development Agency have released a report "The Legal Status of Blockchain Commerce in the ." Its main conclusion was that the legislation of  is ready to deal with blockchain and is quite friendly to the business brought by this technology. Valery Tutykhin, Director of the International Finance Centre Development Agency explained to 24.kg news agency how blockchain-based commerce can attract foreign investors to , but why it does not make sense to invest into bitcoins.

— Why was it decided to conduct a research on the legality of business based on the blockchain technology in ?

— We witness a situation now when many countries have started to aggressively compete in who will create better conditions for blockchain developers and entrepreneurs. Our neighbouring which has for many years been considered a very conservative country, now is not only tolerant to this business but is actively promoting itself as the crypto capital of . is unique in this region in how liberal its law is, so we took a keen interest in whether we can bring foreign investors here on the basis of this new technology.

— Why would someone want to go to our country for blockchain business?

— There is no lack of opportunity in the world to deal in cryptocurrencies and other blockchain instruments without regulation, without taxes and even fully anonymously. However, countries compete not for anonymous small players but for large investment funds with tens of millions of dollars. And those want to invest into crypto-assets only within a fully regulated market. We "sell"  to such investors as a liberal but a well regulated market. We show that is a respectable regional finance centre and it makes sense to invest through it into the opportunities brought by the new technology.

— Is it really possible in ?

— No doubt. We are not talking about finding 500 talented blockchain software developers in the country — this is, at least for now, a problem. However, if someone wants to trade blockchain instruments on a regulated exchange, issue securities linked to such instruments or engage in crypto mining, this is possible. From the regulatory standpoint, countries break into two groups. One group allows for investable crypto assets to be treated as securities, but other countries consider them to be only commodities. Kyrgyz law views such assets as commodities. And there is nothing which we need to change here in terms of law to attract businesspeople interested in the crypto economy. We already have what we need for that, enough current law to deal with these new phenomena.

— And for a good reason. Non-professional investors do not belong in this market. I’ll tell you more — in a year very few people will consider bitcoin to be a worthy investment. This does not mean that investors will abandon cryptocurrencies. I think they will focus on the crypto instruments which are backed by real money or real assets and which are more regulated.

— So what are we offering to the foreigners?

— Our local investment market infrastructure can be used to legally invest into any crypto-assets. Someone wants to buy cryptocurrencies? Let him do it through the local commodities exchange, and it will pay local taxes. Someone wants to raise capital for a startup through an initial coin offering (ICO)? Let him do it through the local stock exchange. Its listing rules are not so complex. We want to offer such startups to get listed by doing a fully regulated IPO but with an added option to have the issued shares traded as crypto-tokens based on blockchain, as they do in the ICO scenario. This will contribute to the liquidity of the securities because they will be traded in two markets at the same time — on the regular one and within the crypto sphere. We are going to get one issuer listed very soon in such a way.