Kyrgyz poet Rakhim Karim has been appointed a Global Honorary Adviser to the Federation of the World Cultural and Art Society (FOWCAAS) in Singapore. The organization reported. 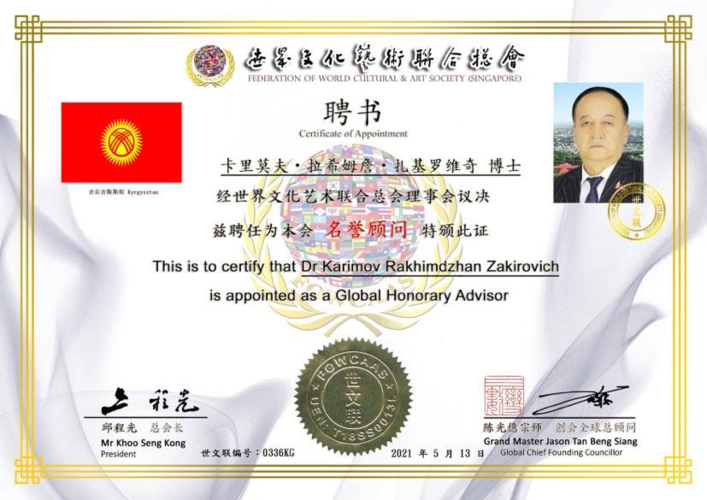 It is noted that FOWCAAS is a world organization approved by the Singapore government, which includes representatives from 100 countries and regions of the world. Kyrgyzstan has recently joined it in the person of Rakhim Karim, an Osh poet, writer and translator.

The main goal of the organization is to promote culture and art around the world through exchange between different countries of the world, to help improve mutual understanding and realize the ideals of joint promotion of world peace.