The parties exchanged views on topical issues of bilateral cooperation between Kyrgyzstan and Hungary and measures to further scale up it. Sadyr Japarov highly appreciated relations with Hungary, which is a strategic partner of Kyrgyzstan in the European Union.

To develop this partnership, the President proposed to create a Kyrgyz-Hungarian Strategic Council.

He conveyed his greetings to the Prime Minister of Hungary Viktor Orban and invited him to pay a state visit to Kyrgyzstan. Sadyr Japarov noted the positive dynamics of trade turnover between the countries, at the same time stressing the existing significant potential for its further increase.

The head of state expressed interest in Hungary’s experience in using new technologies in agriculture, inviting the Hungarian side to consider the possibility of creating joint ventures in Kyrgyzstan for production of organic products.

For cooperation between business circles, Sadyr Japarov called for creation of a business council between Kyrgyzstan and Hungary and expressed confidence in the beginning of functioning of the Hungarian-Kyrgyz Development Fund, headquartered in Bishkek.

The head of state also noted the significant potential of cultural and humanitarian cooperation between the countries and thanked Peter Szijjarto for his personal contribution to the development of bilateral partnership.

In turn, the Minister of Foreign Affairs and Trade of Hungary expressed the intentions of the Hungarian side to fill the strategic relations of the two states with serious content. He noted that the Hungarian-Kyrgyz Development Fund would provide a good opportunity for Hungarian companies to participate in the economic development of Kyrgyzstan.

Peter Szijjarto thanked for invitation of Viktor Orban and expressed confidence that the Prime Minister would definitely take the opportunity to pay a visit.

He stressed that the Hungarian leadership attaches great importance to the country’s participation in the activities of the Cooperation Council of Turkic Speaking States (CCTS) and expressed support in opening the head office of the Investment Fund and the Development Bank in Bishkek.

«The minister informed that the issue of opening direct flights from Bishkek to Budapest is being actively worked out at the level of the heads of the foreign affairs agencies of the two countries. He also expressed satisfaction with the intention of the Kyrgyz side to open an embassy in Hungary and reported on the expansion of the activities of the Hungarian embassy in the capital of Kyrgyzstan. In the near future, it will start issuing visas to a number of European countries,» the statement says. 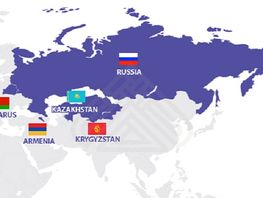