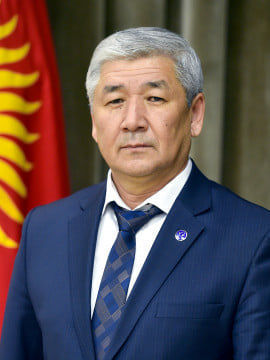 Maratbek Cholponkulov was appointed the Chairman of the Board of Kyrgyzaltyn OJSC. Press service of the company reported.

He was elected to the post by the decision of the Board of Directors of Kyrgyzaltyn OJSC and has already been introduced to the team. Before appointment to the post, Maratbek Cholponkulov worked for a year and a half as the head of the Department of Industry, Fuel, Energy Complex and Subsoil Use of the Government’s Executive Office.

The previous Chairman of the Board of Kyrgyzaltyn OJSC Elmyrza Ukubaev was detained while taking a bribe of 100,000 soms. He had worked at the post for three months. According to the investigation, the head of Kyrgyzaltyn, using his official position and threatening with dismissal from post, demanded from a member of the Board of Directors of one of the accountable gold mining companies monthly transfer him 75 percent of the salary received. Elmyrza Ukubaev was placed in the remand prison of the State Committee for National Security by a court decision for two months.