Ceremony of official meeting of the Presidents of Kyrgyzstan Sadyr Japarov and Kazakhstan Kassym-Jomart Tokayev took place. Press service of the head of state reported.

The ceremony was held at the Presidential Palace Akorda in Nur-Sultan city. After mutual greetings of the heads of state, the Republican Guard Orchestra performed the national anthems of Kyrgyzstan and Kazakhstan. Further, the Chief of the Guard of Honor gave a greeting report to the heads of state, after which they walked along the carpet to the state flag of the Republic of Kazakhstan and greeted the state symbol with a slight bow of the head. 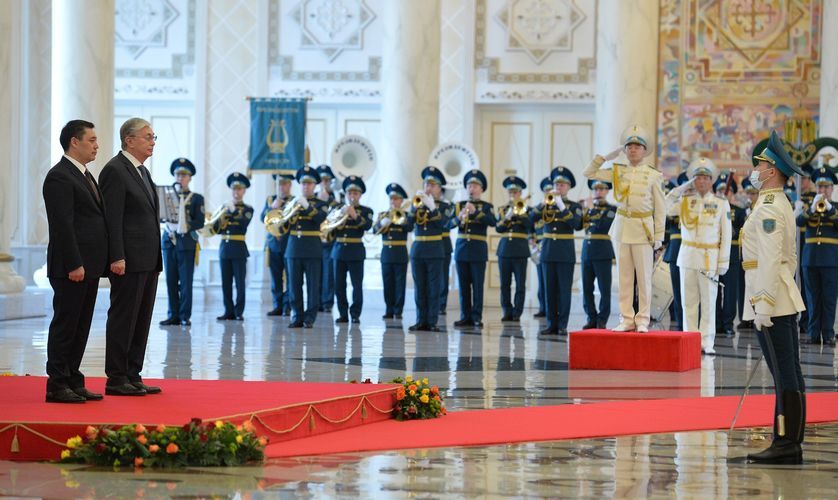 «Then, a joint photographing of Sadyr Japarov and Kassym-Jomart Tokayev took place in the foyer of Akorda, after which the heads of state left for negotiations in a narrow format,» the message says.