According to the protesters, acting mayor of Bishkek Balbak Tulobaev visited them recently and said that it was planned to annex the territory of Alamedin district to the city, construct high-rise buildings on it.

«Our parents were allocated land plots, someone bought them back in 2005-2006. We have been waiting for land transformation for many years. Sadyr Japarov promised to help us. We belong to Chui region,» the protesters noted. 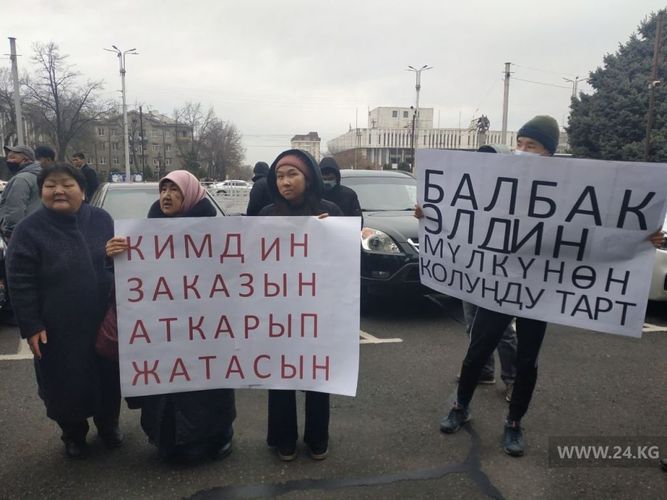