Three people were injured in a traffic accident in Osh city. Press service of the Emergencies Ministry of Kyrgyzstan reported.

According to the ministry, Hyundai Porter and Daewoo Tico cars collided on Osmonov Street on January 11 at about 12.10.

Rescuers pulled the victims out of the cars and handed over to the ambulance staff. 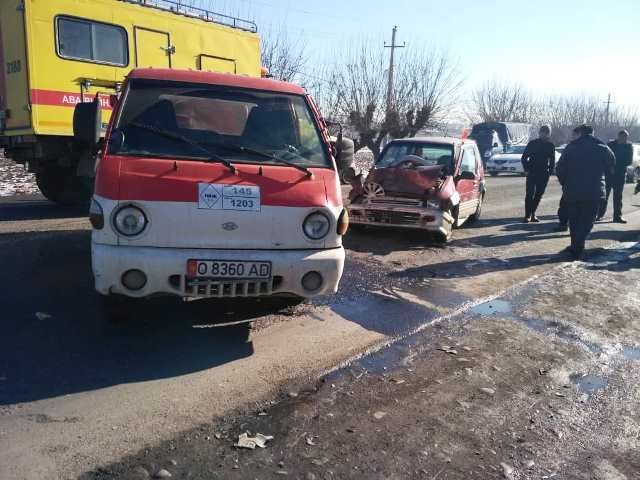