Investigators of the Service for Countering Extremism and Illegal Migration detained a 54-year-old citizen of Pakistan suspected of fraud in Bishkek. Press service of the police department of Bishkek reports.

«On November 11, a 43-year-old resident of Bishkek appealed to the Leninsky District Department of Internal Affairs of Bishkek with a request to take action against an unfamiliar man. According to the applicant, he deceived him in May this year. He promised to bring three Honda Fit cars from abroad. However, having taken more than $ 9,000 from the applicant, he disappeared,» the police said.

According to the police, three more people turned to them with similar statements, who were deceived by a foreigner for $ 2,000 and 496,000 soms. A criminal case was opened on the fact of fraud.

«The wanted Pakistani was detained and placed in the temporary detention facility of the Central Internal Affairs Department of Bishkek. The Leninsky District Court took him into custody for a period of two months,» the police said. 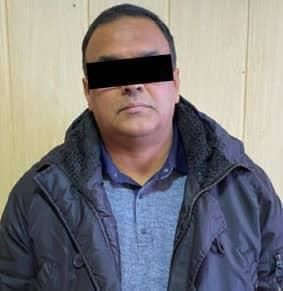 Those who could have suffered from the actions of the detainee are asked to contact the Central Internal Affairs Department at the following telephone numbers: 00996551102904, 09996556102352 and 102.
link: https://24.kg/english/174143/
views: 915
Print
Related
Pretrial proceedings initiated on beating Pakistani at ski resort
$ 40,000 stolen from foreigners in Chui region of Kyrgyzstan
Kyrgyzstani wanted for fraud detained in Russia
Swindler promising employment at Chinese company arrested in Bishkek
Pakistani illegally invites his fellow citizens to work in Kyrgyzstan
Wanted for four years fraud suspect arrested in Bishkek
Extradition of son of Government’s Representative in Batken region requested
Former judge of Alamedin District Court taken into custody in Bishkek
Son of Plenipotentiary Representative in Batken detained in Moscow for fraud
Kyrgyzstanis wanted for large-scale fraud arrested in Moscow
Стоимость акций Центерры на бирже в Торонто (TSX)
на 22.01.2021
USD 11,27