At least 22 Kyrgyzstanis continue to receive treatment in hospitals of Moscow Oblast of Russia, who suffered from collapse of a pedestrian crossing. Three men were operated on. Press service of the Embassy of Kyrgyzstan in Russia reported. 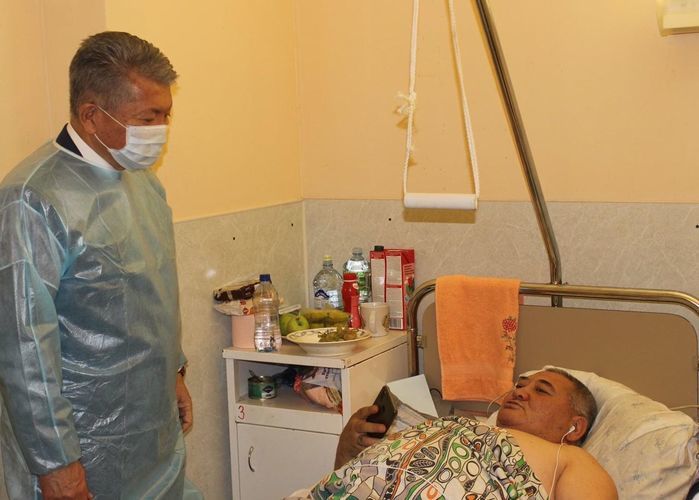 «The Chief Physician of Domodedovo hospital assured that special attention is paid to the treatment of a 24-year-old Kyrgyzstani who suffered a cerebral hemorrhage. His condition is critical but stable. The man was transferred from intensive care to a special comfort ward. The Embassy is working on the arrival of his mother and sister in Russia at the expense of FM Logistic-Sidorovo company,» the diplomatic mission informed.

Alikbek Dzhekshenkulov promised every Kyrgyzstani who worked on the day of the incident one-time financial assistance.

The pedestrian crossing collapsed in the morning of September 27 in the workshop of FM Logistic-Sidorovo enterprise. One of the versions of the emergency is overload. The collapse injured 50 citizens of Kyrgyzstan, four of them are in serious condition, they were hospitalized.