Mayor of Bishkek, Aziz Surakmatov, visited day patient facilities in four districts of the capital. He promised that additional stations for patients with pneumonia would be opened in the near future. Press service of the Bishkek City Hall reported.

The mayor, together with a group of doctors and epidemiologists, visited the facility organized at Gazprom sports and recreation complex. He gave a number of instructions to improve the working conditions of physicians and the efficiency of receiving citizens. 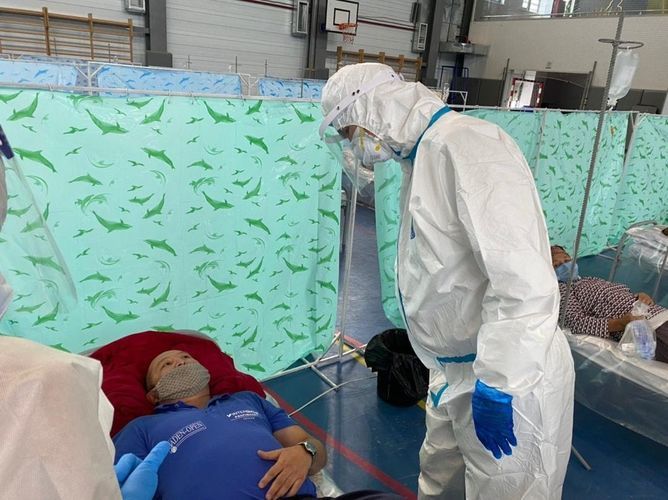 According to patients, there is a shortage of medical staff and beds.

Aziz Surakmatov noted that the issue of opening four additional day patient facilities at the premises of schools is being studied. 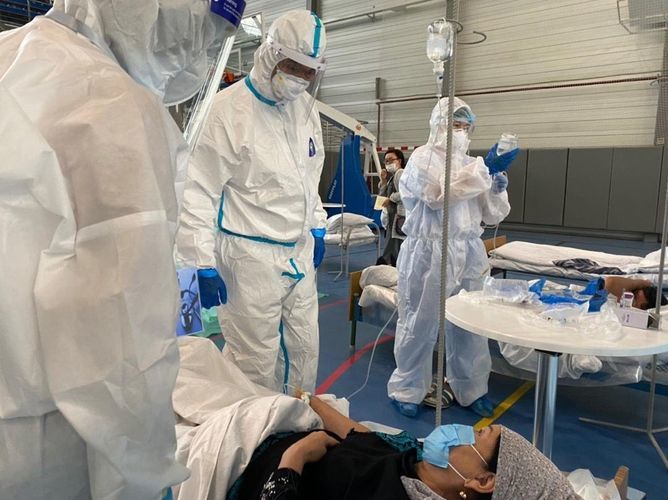