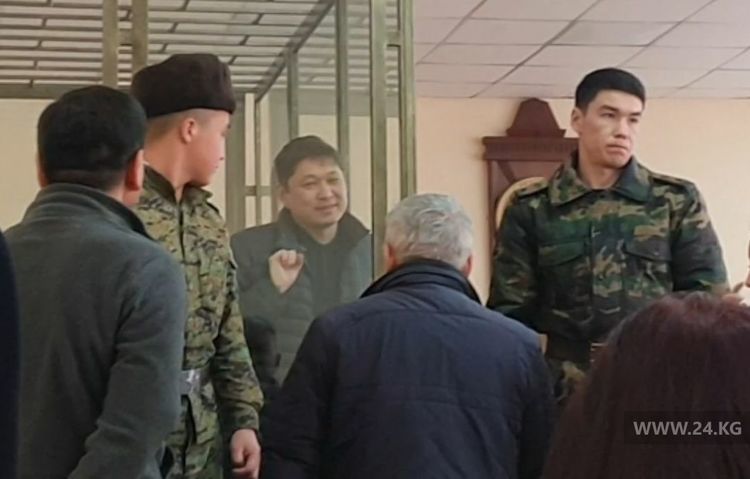 Wife of the former Prime Minister of Kyrgyzstan Sapar Isakov gave birth to twin sons today. He himself confirmed the information to 24.kg news agency.

According to the former head of government, he is happy.

Related news
Sapar Isakov’s wife about husband, children and support of Atambayev
«I don’t know anything else. The spouse gave birth to two boys today. Everything is fine,» Sapar Isakov said.

It is known that the wife of the ex-Prime Minister Malika Arstanbekova gave birth to the sons in one of maternity hospitals in Bishkek.

The family has four more daughters. Sapar Isakov is father of 6 children now.

«I am happy,» he told 24.kg news agency and noted that the wife and the kids are doing well.

Sapar Isakov was sentenced by the court of first instance to 15 years in prison within the case on modernization of the Bishkek HPP. The City Court continues to consider appeals within the criminal case on modernization of the heating plant, which were filed by the lawyers of the accused. The trial of the case on the repair of the Historical Museum and reconstruction of the hippodrome in Cholpon-Ata continues. Sapar Isakov is charged with corruption.