Andrey Grozin: The closer elections , the stronger is anti-Chinese rhetoric 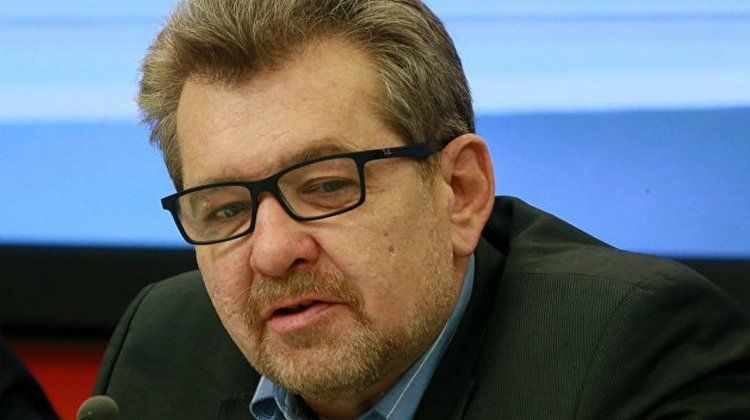 «Parliamentary elections are due to take place in October, and there is a seething of domestic political substance in Kyrgyzstan now. Obviously, as the election date approaches, domestic political activity, painted in anti-Chinese colors, and it is quite possible, in anti-Russian also, will increase,» said Andrey Grozin, head of the Central Asia and Kazakhstan Branch of the Institute of CIS countries, in an interview to Ukraina.ru.

In his opinion, the rally on March 2 in Bishkek in support of the convicted ex-deputy Sadyr Japarov was «a training, fighting reconnaissance.» «If they were seriously planning to encroach on the power, like in 2005 and 2010, they would not have disperse so quickly and would have involved much more participants and resources. They would start to put up tents, they would involve cavalry ... That is, it was a demonstration, they tried to intimidate the authorities. Japarov is just a pretext,» Andrey Grozin said.

«It is possible that this is one of the elements of external pressure. After all, how interesting it is. In early February, Mike Pompeo traveled to Central Asia, introduced a new strategy. He said everywhere that it was necessary to condemn China for its policy in Xinjiang, it was necessary to focus on the American companies in the economy and so on. In general, the whole visit was anti-Chinese,» the expert said.

Related news
Project on construction of logistics center scuttled in At-Bashi
«The rally on March 2 was not the first. The first one took place in Naryn region on February 17, where the Chinese were to build a trade and logistics center. It was a unique project when the Chinese agreed to build an infrastructure not related to extraction of raw materials,» Andrey Grozin recalled.

«The center would provide logistic opportunities for Chinese companies and companies of neighboring countries. The Chinese took it on not out of kindness, but within the framework of their strategy One Belt, One Road, because the optimization of commodity flows is the essence of this initiative,» he said.

«This initiative causes a negative reaction from our Western partners. And on February 17, a rally was held at which it was announced that if the government does not curtail cooperation with the Chinese company, then we will be in the capital on March 2. As a result, the Chinese closed the project and left,» Andrey Grozin said.

«That is, the running script is being developed. Parliamentary elections are due in October. Obviously, as the election date approaches, domestic political activity, painted in anti-Chinese colors, and quite possible, in anti-Russian, will increase,» the expert believes.

«Russia and Kyrgyzstan will hold a Cross-year of the two countries in 2020, there will be many joint events, and it will be easier to exacerbate the situation in Kyrgyz conditions,» Andrey Grozin said.