Ekaterina Sanamyants arrived in Kyrgyzstan from neighboring Tajikistan in 2010 and stayed. She entered AUCA, graduated with honors, got married. Her husband Boris works in education sphere: he is a teacher at AUCA Technical School of Innovation, and he is also a web designer. 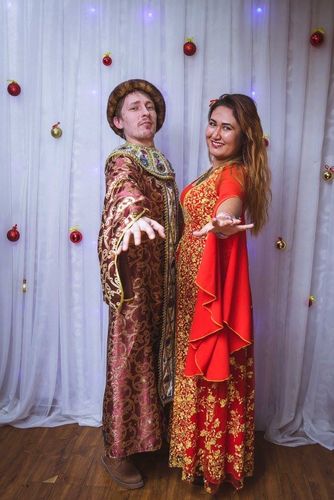 Ekaterina is a coordinator of the scholarship program for students from Afghanistan and a supervisor of students from her native Tajikistan at the American University of Central Asia.

She feels at home in Kyrgyzstan, and says to herself: «I have become a part of Bishkek.»

If it were possible to obtain citizenship of this country without renouncing the Tajik one, I would love to do it.

Recently, mother of Ekaterina moved to her with her husband from Dushanbe. Back in 2010, she did not want her daughter to study in the neighboring state that was not surprising: Katya came here right after the April events and, as she herself admitted, at first, was afraid that she would see the city in ruins — a kind of scenery for a film about zombie apocalypse. 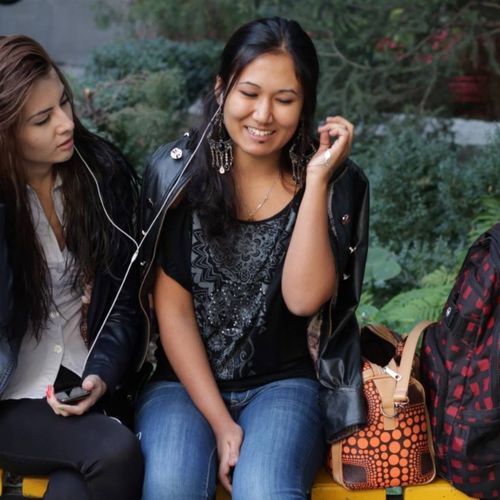 "It was because we were shown on TV that there were almost rivers of blood spilling over the streets. Naturally, my mother was horrified and did not want to let me go. But I am persistent — I decided that I would go, and did not deflect from the set goal. I remember when I arrived in Bishkek, my friends took me to the central square to show that everything is peaceful, calm: women with strollers were walking there," Ekaterina told.

— What struck you the first?

— That were squirrels. There are a few of them in Dushanbe, and I adore these furry animals. This is probably why Oak park is one of my most favorite places in the city. I remember when AUCA was located in a building on the Old Square, squirrels often came to us. 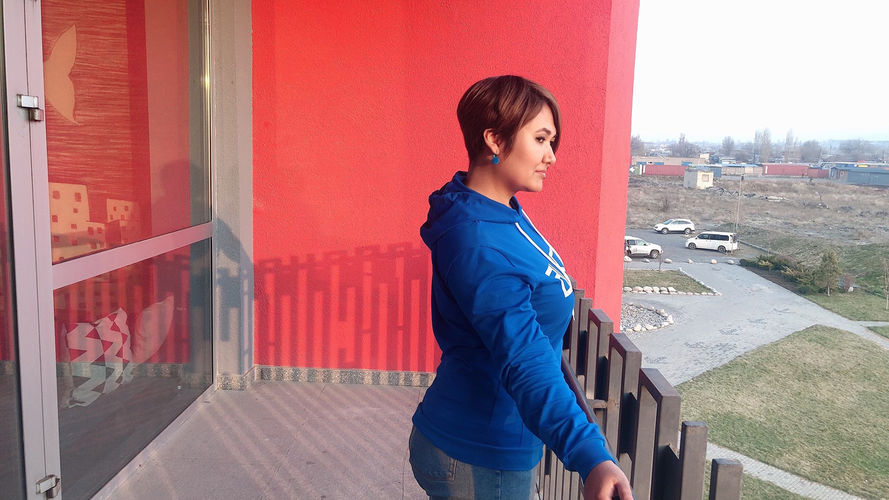 You sit through classes and see it coming, knocking on the window, communicating. I also really liked that people in Kyrgyzstan easily become friends. Here you can find a friend in 20 minutes and communicate with him or her all your life long.

— And what caused an unpleasant surprise?

— That were minibuses, especially those old, remodeled, remade cargo Mercedes. When my friend first showed this vehicle and said that we would ride in it, I thought, honestly, that she was joking.

I still remember the first minibus. There was a huge hole in the floor, and I held on to the handrails with great force and prayed that the bottom of this «miracle» not to fall down together with the passengers.

— Minibuses make an «indelible» impression on all the foreigners. What else intrigued you? Tajikistan is still a close neighbor and there are hardly so many differences between our states ...

— It is what it is. But there are enough differences in terms of culture and traditions. When I arrived and was told that one of the most popular national dishes was horse meat cuts, I was in shock.

People also eat horse meat in Tajikistan, but rarely, and I honestly did not even hear about it while I lived there.

— Is horse meat a food product that you are afraid to try?

— It is that I will never try. We all have our own food principles. Mine are such, but it does not mean that they are good or bad — everyone decides for himself. I will also never be able to eat a dog or, I don’t know, enjoy a roast of monkey meat. Macaques are closest to homo sapiens on the evolution ladder.

Horses are friends for me. We can not eat our friends.

— What national dishes do you like? We eat not only horse meat.

— Everything made with dough is very tasty. I also really liked the drinks: shoro, chalap. By the way, my mother also liked them.

— Do you live in Bishkek permanently since 2010?

— Of course, I often travel. I had lived in New York for six months. I studied there. I often go home to Russia. I have been to Georgia. 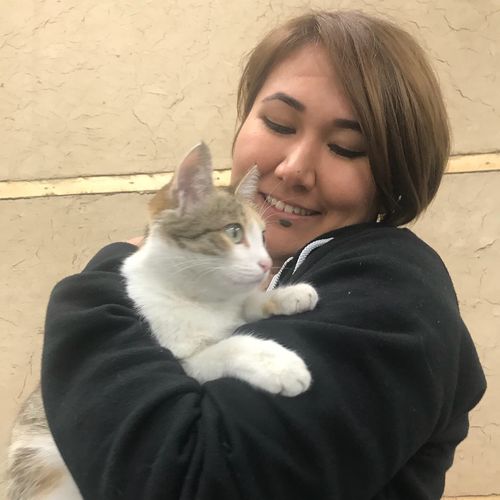 I remember the attitude towards animals in Tbilisi. I remember how a large, white, clean and fat dog was walking towards me. It was very kind, everyone stroked her. Then I thought: «It’s a pity that this is not the same in Bishkek.» For some reason, many people do not like animals, and this is depressing. Stray dogs are shot, cats are poisoned. I believe that we need a law protecting animals and punishing for harsh treatment.

— You said at the beginning of our conversation that you obtained a journalist’s diploma, but you don’t work in your specialty, but what do you do in AUCA? Do you teach?

— Do you think that there are only teachers at the university? Not at all. We, like at any university, have a large administrative staff. These are the very people, who are often not noticed, but they are doing a huge amount of invisible work, and there will be no university, no programs without them. In particular, I am the coordinator of the scholarship program for students from Afghanistan.

I am in charge of the entire logistics from the beginning of the selection and arrival of students here until their graduation. I conduct interviews, select applicants, draw up all documents, visas, provide medical and moral support. I work with the grant program, Embassies and donors. About 170 students from Afghanistan are currently studying at our university. They are mostly girls. I also work with students from Tajikistan.

— Why is preference given to girls?

— It is harder for the girls to get an education in Afghanistan, especially in the regions, especially secular. You can’t imagine them when they just arrived — blocked and silent, and after four years, they are like the other people — confident, brave.

My heart fills with joy for them. Someone goes to continue study — to the USA, Europe. But most of them return to their homeland. The goal of the program is to train specialists so that Afghanistan will have a new generation of young leaders with experience, skills and competencies.

— Have you been to Afghanistan?

— Unfortunately I have not. But I really would like. I would like to see applicants live during selection, meet and hug graduates.

I envy my boss, the president of AUCA. He was in Kabul the other day. But our program co-coordinators do not let me go there.

Every time I plan to go, there is certainly a terrorist attack or security threat.

— You travel often, visit other countries, but you return to Bishkek, not Dushanbe each time. Why?

— I feel at home in this city. My favorite work, my family is here. When I leave for somewhere, I catch myself thinking that I miss Bishkek, although Kyrgyzstan is not my homeland. 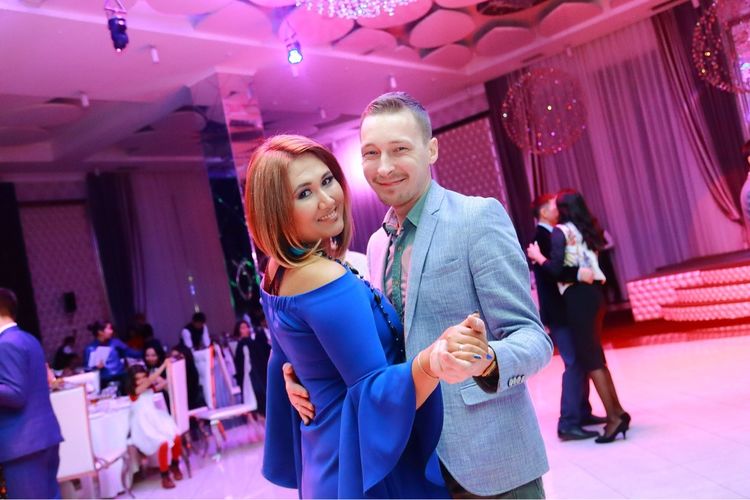 I also miss Tajikistan very much. My heart is divided into two halves, and I miss constantly, because the halves are in different countries.

— What would you like to change in the capital of Kyrgyzstan and why?

— In Bishkek, unfortunately, there is no respect for the history of the city, like in Dushanbe.

Developers neglect the appearance of the capital. Who said that 200 million of glass high-rises are beautiful?

There is no respect for the buildings of museums, schools, universities, historical buildings. I am talking about architectural monuments. It also kills me that the trees are cut down so barbarously, and conifer trees are planted instead. What for? Conifer trees do not ozonize the air and do not give a shadow. If there was my will, I would change the approach to the improvement of the capital, remove all the shopping centers outside the city and wrest the hands of those, who cut down trees for no reason.