Ten answers on the UK’s withdrawal from the European Union 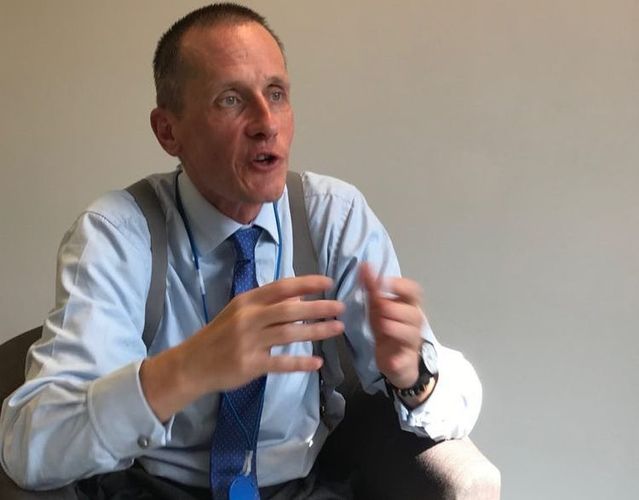 The Ambassador of the United Kingdom to Kyrgyzstan Charles Garrett answered in detail to 24.kg news agency what Brexit is and why it happened.

1. What is Brexit and why did it happen?

From a political point of view, this gives us more autonomy in making decisions on our economy, taxes, the environment and other issues.

2. What does the UK withdrawal from the European Union mean?

We will not stop cooperating with the EU. We have similar goals and values, such as democracy, the rule of law and security. But the withdrawal will allow us to conclude new agreements and work with all countries individually. This should serve the development of closer strategic bilateral relations.

3. How will the process go? How long will it take?

The UK is no longer an EU country since February 1. However, the process of agreeing certain conditions will take a lot of time. Over the years in the union, many documents and agreements have appeared, which need to be reviewed now. But the government aims to end the transition period by December 31, 2020.

4. How will relations between the UK and the European Union change after Brexit?

Future relations between the UK and the European Union will be revised within a year. The UK and the EU have a list of common interests in many areas, including economics, trade, security, environmental protection, education and much more.

We are sure that the both sides will remain allies, friends and partners.

We will agree that our relations in all areas will be able to protect and promote the common interests of residents of the UK and European Union countries.

5. What issues will be addressed during the transition period?

6. Why was the Queen’s consent to Brexit necessary?

Under the British Constitution, all bills approved by both Houses of Parliament do not enter into force until they are signed by the monarch. This is a formal procedure.

7. Is it possible to visit the UK with Schengen visa or do I need a British visa?

A British visa has always been required to enter the UK. Accordingly, the situation with visas will not change.

8.There were some reports that the UK will issue unlimited visas to scientists, will moderate its immigration policy after Brexit ... Is this true?

From the summer of 2021, all foreign students who have completed studies at any British university will be able to apply for a visa that will allow them to work in the country for two years. More information is available at gov.uk.

9. What will change in foreign policy after January 31? What are the UK priorities?

Practically nothing will change in foreign policy. The UK will continue to play an active role on the international stage in order to strengthen security and cooperation, and create conditions not only for its own economic development, but also for all partners, including Kyrgyzstan.

Great Britain is a permanent member of the UN Security Council, a permanent leading member of the Commonwealth of Nations, a leading member of NATO in Europe. Moreover, it plays a large role in many international organizations and is one of the countries spending more than 0.7 percent of its GDP on international development and cooperation. This was the basis of our foreign policy at the time when we were in the EU, and this will not change after withdrawal from it.

10. How will Brexit influence migration policy of the UK?

Withdrawal from the European Union will allow making changes to the migration policy. This will help to create economic and social conditions for attracting specialists from all over the world. All relevant amendments will be made to the law on migration.