Civic activist Melis Aspekov was summoned for questioning to the Bishkek Police Department the day before. He himself told 24.kg news agency. 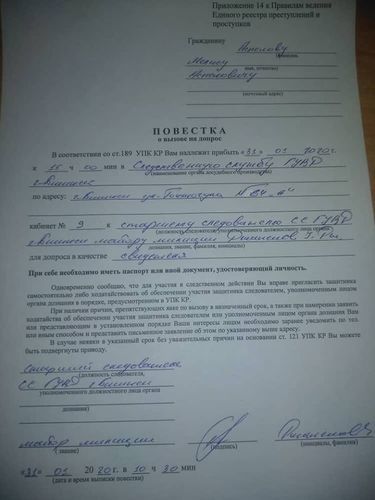 According to Melis Aspekov, he was summoned for interrogation as a witness on statement of the deputy of the Parliament Chynybai Tursunbekov about alleged extortion of money from him by the civic activist.

«Chynybai Tursunbekov filed this application back in September with the State Committee for National Security. It turns out that it was sent to the police department of the capital. It all started due to the fact that I submitted a statement concerning the ex-speaker to the Prosecutor General’s Office. I asked to check his property, whether it was acquired legally, including the distillery, because the shareholders came to me and claimed that the enterprise was artificially made bankrupt and sold for nothing,» he said.

In his statement Chynybai Tursunbekov noted that the civic activist demanded a large sum of money from him, in order facts about the distillery not to be published on the Internet.

However, according to Melis Aspekov, the investigation has no evidence that he demanded money from the member of Parliament.

«The interrogation lasted two hours. The investigator says there is no evidence. Chynybai Tursunbekov could provide audio or photo evidence, but there are none,» he added.