A 38-year-old foreign citizen suspected of involvement in jihadist activities was detained in Bishkek on December 19. Press center of the State Committee for National Security of the Kyrgyz Republic reported.

The man is also suspected of using a fake passport of Kyrgyzstan and illegal crossing of the state border. 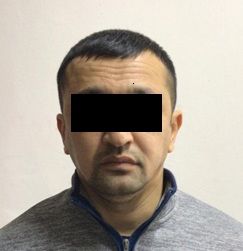 As part of investigation, the detainee N.H. was placed in a pre-trial detention center of SCNS.