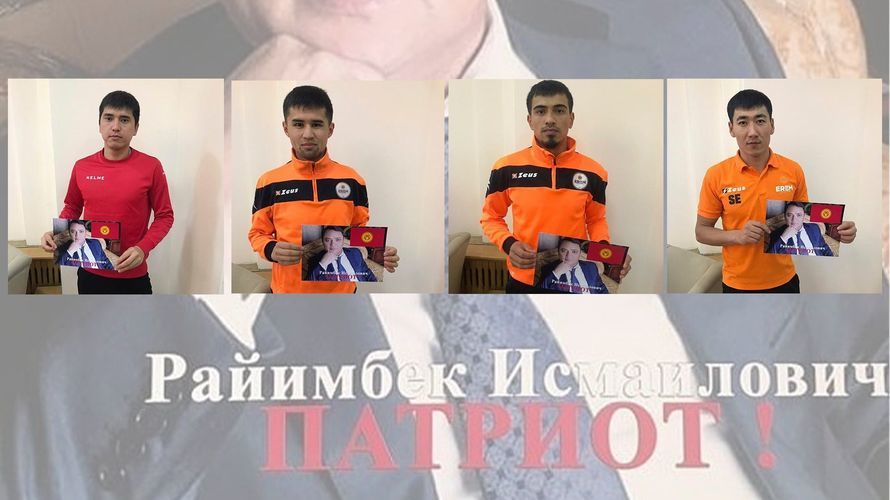 A group of young people organized their campaign. The guys in sportswear came out with a photo of the former deputy head of the Customs Service of Kyrgyzstan and a banner «Raiymbek Ismailovich — Patriot!»

The photo, sent out on social media, shows that the sports uniform of the protesters is decorated with the logo of EREM sports club. This club was founded by the Matraimovs in Osh city. A network of sports clubs with this name works in the southern capital and in Bishkek. EREM Football Club successfully plays in the local league.

Users of social media suggest in comments that this is a response of supporters of Raiymbek Matraimov to the rally under the hashtag # REaction, which took place in the city.