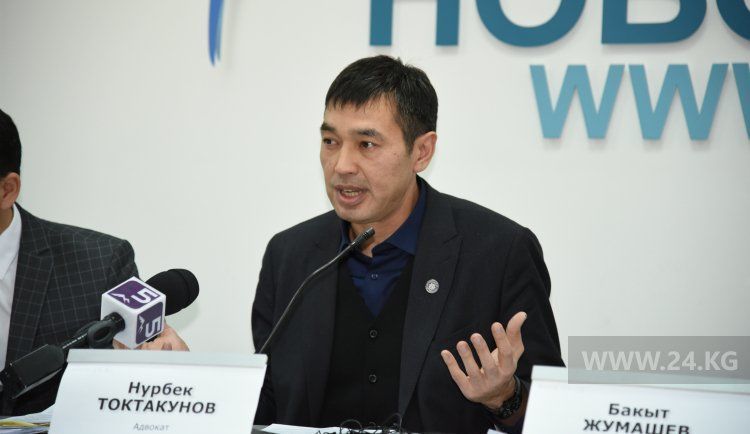 A criminal case on corruption during modernization of the Bishkek’s Heating and Power Plant was instituted with the aim of political prosecution of the former Prime Minister Sapar Isakov. The lawyer of the former head of the Cabinet, Nurbek Toktakunov, stated at a press conference at 24.kg news agency.

According to him, the public got an impression that there was all evidence of the guilt of the defendants in the criminal case. However, the lawyer assures, the charges are untenable.

«The contractor took all the risks upon himself. The format of the contract is approved by law adopted by the Parliament. The legislation body has legalized all efforts to conclude this contract. The deputies explain their actions by the fact that the president asked them to pass the bill on the modernization of the HPP, that they could consider the document that was brought from the Government at a time. However, the Parliament should not trust the Government, it must double-check the executive body,» said Nurbek Toktakunov.

He stated that the Parliament had the right to consider bills, except for loan agreements. However, despite this, documents on the Chinese loan for modernization of the HPP were considered in three readings at a time in an accelerated manner.

«The entire Parliament justifies Asylbek Jeenbekov, despite his direct violation of the law. Relevant committee is responsible for preparing the bill for the first reading, which checks the analysis of regulatory impact. It was necessary to verify the financial and economic feasibility. The state prosecution takes as a basis the calculation method, while casting doubt on the law. It is necessary to prosecute Asylbek Jeenbekov and the chairmen of the three parliamentary committees — Kozhobek Ryspaev, Kanybek Imanaliev and Kurmanbek Dyikanbaev,» said Nurbek Toktakunov.

Kurmanbek Dyikanbaev is currently a Plenipotentiary Representative of the President in the Parliament.

The former prime ministers Sapar Isakov and Zhantoro Satybaldiev, deputy of the Parliament Osmonbek Artykbaev, top managers of the energy sector Salaydin Avazov and Aibek Kaliev are kept in the pretrial detention center of the State Committee for National Security within the case on modernization of Bishkek’s HPP. Ex-finance minister Olga Lavrova is under house arrest.

All of them are charged with abuse of office and corruption.