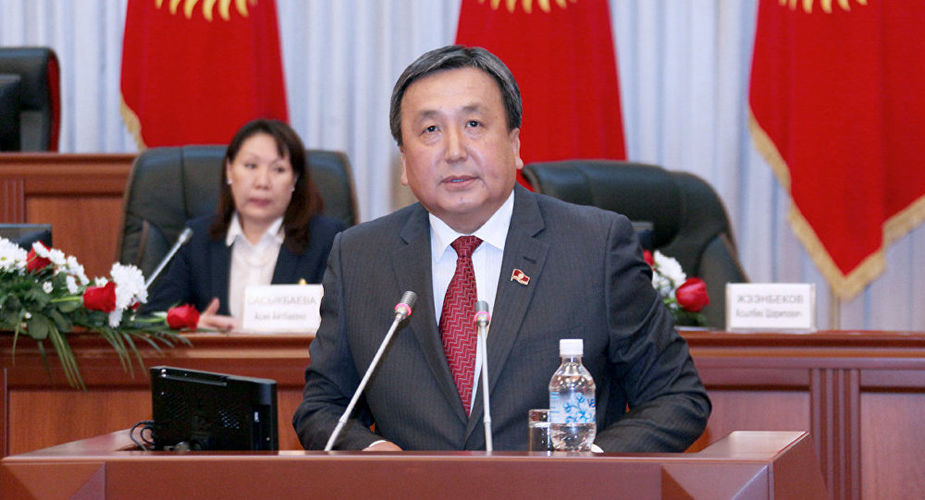 Ex-speaker of the Parliament Asylbek Jeenbekov announced his official withdrawal from SDPK party, but at the same time he remains a deputy from the faction of the Social Democrats. He announced it today at a meeting of the Parliament.

According to him, what is happening now around SDPK should not adversely affect the future of the state.

«I thought that I would be a member of SDPK all my life. But circumstances dictate something else. I, as a person not indifferent to the future of the country, officially announce my withdrawal from SDPK. And I will continue my deputy activity in the faction in the Parliament,» said Asylbek Jeenbekov.

Asylbek Jeenbekov is the younger brother of the country’s president. He joined SDPK in November 2007. He was elected to the Parliament twice.

On December 21, 2011, he was elected the Speaker of the Parliament of the 5th convocation.