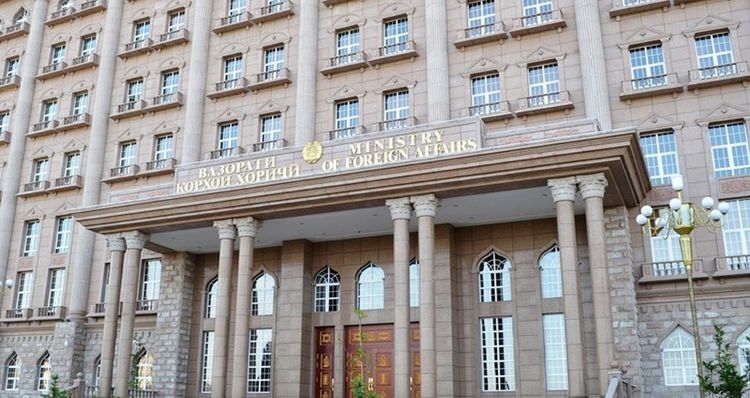 The Ministry of Foreign Affairs of Tajikistan handed a note of protest to the Kyrgyz side regarding shooting at the border. National news agency of Tajikistan Khovar reports.

The Chargé d’Affaires of Kyrgyzstan was called into the Ministry of Foreign Affairs of Tajikistan to discuss the conflict that occurred on September 16, 2019 in Bahor village of Ovchi-Kalacha jamoat of Bobojongafur district of Sogd region between residents of Tajikistan and Kyrgyzstan.

«During the meeting, the Tajik side expressed protest to the actions of the Kyrgyz side, who repeatedly, contrary to previously reached agreements, began construction of facilities on disputed section of the state border of Tajikistan and Kyrgyzstan. It was noted that the Kyrgyz side deployed 250-300 servicemen to the incident site, who used firearms against civilians in the Tajik Bahor village, thereby forcing the border units of Tajikistan to take retaliatory measures to ensure safety of civilians,» the report says.

According to the Tajik side, as a result of provocative actions by Kyrgyz servicemen, three Tajik soldiers were killed and civilians, including women and two children, were injured.

«The Tajik side, in order to comply with previously reached agreements, including during the meeting of the heads of state of Tajikistan and Kyrgyzstan in July this year, again urged the Kyrgyz side to refrain from destructive actions on the state border and to take urgent measures to prevent occurrence of such provocations at the border territories of the two countries,» the Ministry of Foreign Affairs of the Republic of Tajikistan summed up.