Prime Ministers of Kyrgyzstan and Tajikistan meet at Kyzyl-Bel checkpoint 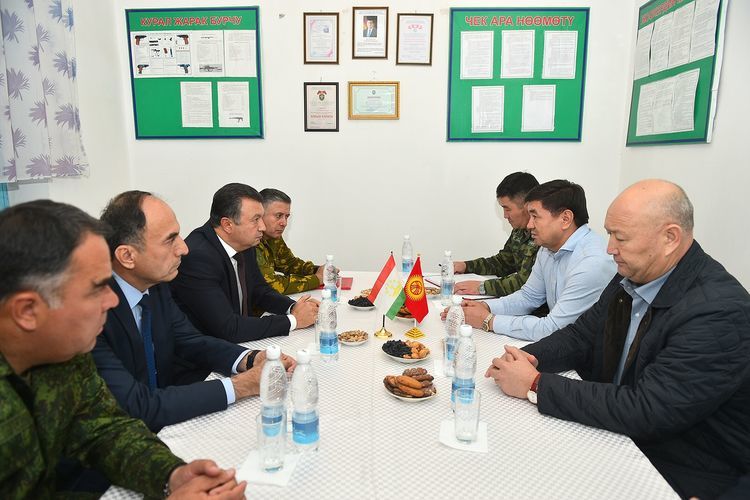 The Prime Minister of Kyrgyzstan Mukhammedkaly Abylgaziev and the Head of the Government of the Republic of Tajikistan Kohir Rasulzoda met the day before.

Negotiations were reportedly held at Kyzyl-Bel checkpoint on the Kyrgyz-Tajik state border. The parties discussed situation in connection with the border incident with use of firearms that occurred on September 16.

Ambassador of India to Kyrgyzstan: I would like to see more libraries in Bishkek
News brief
3 March, Wednesday
12:12
630 COVID-19 patients registered in Kyrgyzstan, 114 - in serious condition 630 COVID-19 patients registered in Kyrgyzstan, 114 - i...
12:08
One patient dies from coronavirus in Kyrgyzstan for 24 hours
12:04
48 new cases of pneumonia, COVID-19 registered in Kyrgyzstan, 86,356 in total
11:56
Sadyr Japarov recites poem in Kazakh at meeting with Kassym-Jomart Tokayev
11:42
Kyrgyzstan imposes temporary ban on export of oil and oil products
11:33
Students of 2nd -4th grades to return to offline education in Bishkek
11:19
Sadyr Japarov congratulates Kyrgyzstanis on National Flag Day
10:34
Air pollution in Bishkek is 'moderate' in almost all districts
10:30
Kyrgyz-Turkish hospital: Health Ministry tells about ratification of agreement
10:01
EAEU sets zero duties on raw materials for refining for three years