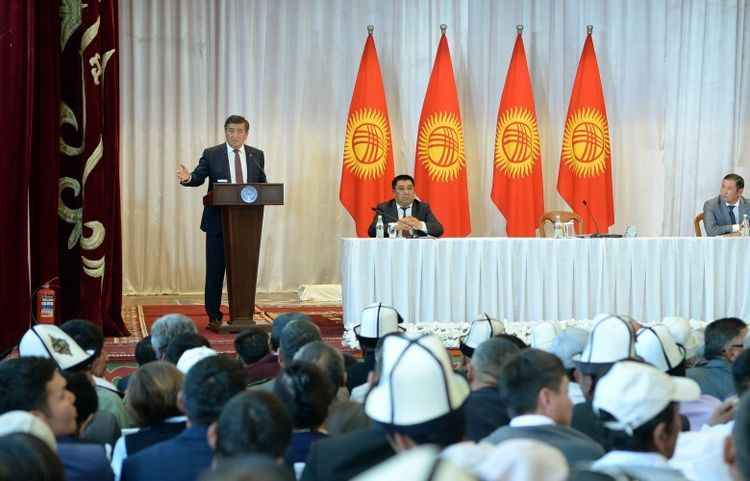 President Sooronbai Jeenbekov met with residents of Ak-Tala district as a part of his two-day working trip to Naryn region of Kyrgyzstan. Press service of the President of Kyrgyzstan reported.

The Head of State noted the great potential of the region.

The President told Ak- Tala residents about activities that were being carried out as a part of the development of regions throughout the republic. This is creation of favorable conditions for business in the local and rural areas — tax exemption or reduction, construction of new laboratories for certification of products, soft loans, development of production and export of organic products, reforms in the field of health care, education, sports, judicial reform and fight against corruption.

The President particularly noted work on digitalization of the country and transformation of public services into electronic format, as well as on activities in foreign policy.

Sooronbai Jeenbekov dwelt in detail on implementation of national projects on irrigation and provision with clean water, noting that these areas were one of the main election promises of his presidential campaign.