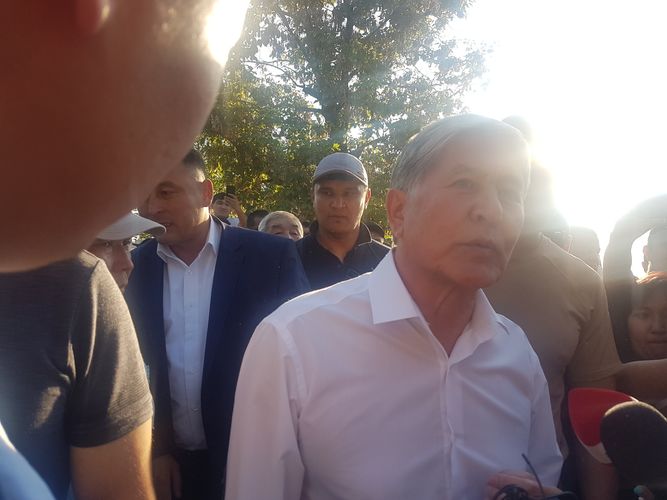 Private plane Superjet 100 with the former president of Kyrgyzstan Almazbek Atambayev landed at the Russian airbase in Kant.

Supporters met Atambayev at the entrance to the checkpoint with SDPK flags. According to the former head of state, he is pleased with the meeting with the Russian leader Vladimir Putin. «I met with him as an ex-president. Vladimir Putin is my close friend. He invited me, sent the plane, how could I not go? This is not an interference with internal affairs. He worries, I worry, too. Power organizes all revolutions. Instead of engaging in the development of the country, the authorities are engaged in intrigues and give posts to their relatives,» said Almazbek Atambayev, commenting on his visit to Moscow.

Recall, Almazbek Atambayev met with Vladimir Putin in the capital of Russia. The head of the Russian Federation called on Kyrgyzstanis to unite around the incumbent leader of the country.

Almazbek Atambayev stated that Vladimir Putin promised to talk with Sooronbai Jeenbekov in order the authorities to allow his supporters to prepare for the parliamentary elections in 2020 and stop the political persecution of former high-ranking officials. «It’s still a tete-a-tete meeting. But I did not ask for any guarantees. I never ask, only the Lord God,» said the former president.