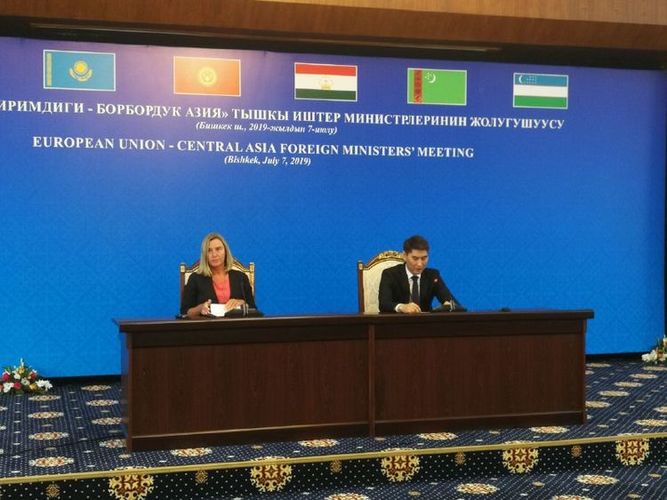 According to him, both representatives of the EU and foreign ministers of other countries of the region supported the idea. It is planned that the forum will be held in Kyrgyzstan in early 2020. The minister stressed that it could become a mechanism for effective trade and economic cooperation. In addition, participants of the meeting stressed the importance of continuing joint work with the European Union to address the problem of uranium tailings.

«During the meeting we discussed joint work on the implementation of the main directions in the framework of the new EU strategy for Central Asia. We also welcome that it focuses on Afghanistan. We support all international initiatives aimed at the earliest achievement of peace and strengthening regional security,» Chingiz Aidarbekov said.

In her turn, the High Representative of the European Union for Foreign Affairs and Security Policy Federica Mogherini said that the meeting in Bishkek became special because it was built on trusting relationships that allow to solve absolutely all issues without exception in a constructive manner.

«We see new opportunities in the region. And we will use this to raise the level of bilateral relations both between individual states of Central Asia and the region as a whole. We have common interests in strengthening interaction. We see that there are more opportunities for interaction between the EU and the region,» she said.