Amelia Hagen: Marshrutka is one place for anyone to really experience Kyrgyzstan

An American Amelia Hagen arrived in Kyrgyzstan almost a year ago, because she decided that it would be a new and exciting challenge for her. She was inspired by the story of one British woman who lived for some time in Osh.

Amelia Hagen is a notable traveler. She was born in Seattle, Washington, but grew up in Virginia Beach, Virginia, on the east coast. Previously, Amelia lived in Japan, the UK, and Italy, while spending a lot of time in Brazil, the Philippines, and Russia.

«I arrived in Kyrgyzstan in January 2018. I should have come here in August 2017 but a serious injury delayed my move. In total, I have been in Bishkek about 11 months,» Amelia told.

— Why did you come to Kyrgyzstan?

— Well, I just thought it would be a new and exciting challenge for me and I’d never been here before. As I always say, every day is an adventure! I’m also fascinated by Russian history and politics, including the Soviet period.

— Have you ever heard of Kyrgyzstan before coming here?

— Yes, I’d heard of Kyrgyzstan. One British woman, who used to live in Osh, in a globally-minded Facebook group I’m in was the first person to make me wonder about what living in Kyrgyzstan might be like. Her stories were pretty interesting! 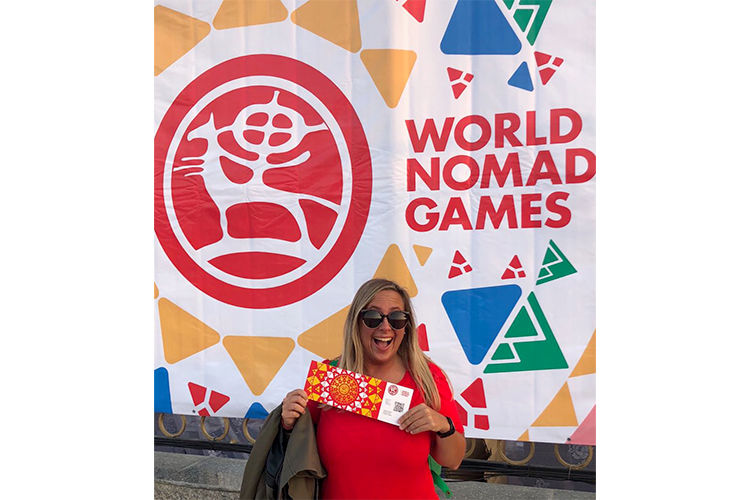 — This is kind of a hard question. I had spent a lot of time in Russia on multiple trips since 2014. Since Kyrgyzstan is a post-Soviet state, it was easier to adjust to life here in Bishkek because many things were similar to what I experienced in Russia.

However, I can say that the first few weeks of the bitterly cold winter here, especially when it was −26 Celsius, made me question why I had moved to Kyrgyzstan!

I am not a fan of cold weather so I considered moving here to be a personal challenge. Months later, I can’t say that my impression of the country has drastically changed.

— What is your trade?

— In Kyrgyzstan, I am currently an instructor at the American University of Central Asia (AUCA). I teach undergraduate and graduate courses within the School of Entrepreneurship and Business Administration (SEBA), such as Leadership, Personal Branding and Career Skills, Design Thinking, Social Entrepreneurship, and Event Management.

I also coordinate the Social Entrepreneurship Program at AUCA and serve as the organizer and curator of TEDxAUCA 2019. Outside of university work, I do a bit of consulting and soft skills/professional development trainings in English. 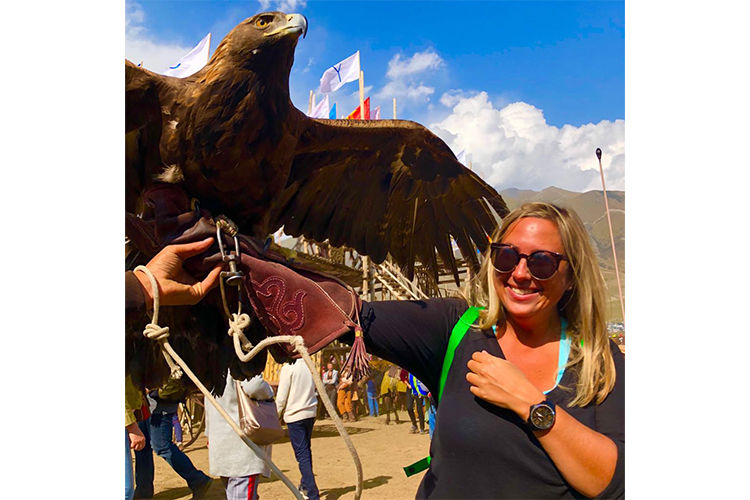 — What surprises you in Bishkek/ Kyrgyzstan?

— Some things, like getting a local SIM card and transferring money, are far easier to do here compared to in my home country. Additionally, I am surprised by how much I have seemingly morphed into a «feminist» — someone fighting for gender equality — here. Although I have always been passionate about women’s empowerment, it is evident to me here that I must do more here to increase awareness and understanding around it.

Inherently, it has become very important to me to be a positive role model for my female students.

— One time I saw an event online about meeting Gary Kasparov at the Kyrgyz Chess Academy. I was very curious to meet him so I went to this event, even though I don’t even play chess. I sat through about 60-90 minutes of a chess demonstration/less for the attendees. Then, finally, during the coffee break, I asked the English-speaking coordinator when Kasparov was going to arrive. She told me that he wasn’t coming at all and that it was just a chess lesson showing Kasparov’s famous/classic chess moves to young kids and other interested people. It turned out the event listing had been totally wrong. I was so disappointed at the time! However, looking back now, it’s fairly amusing. 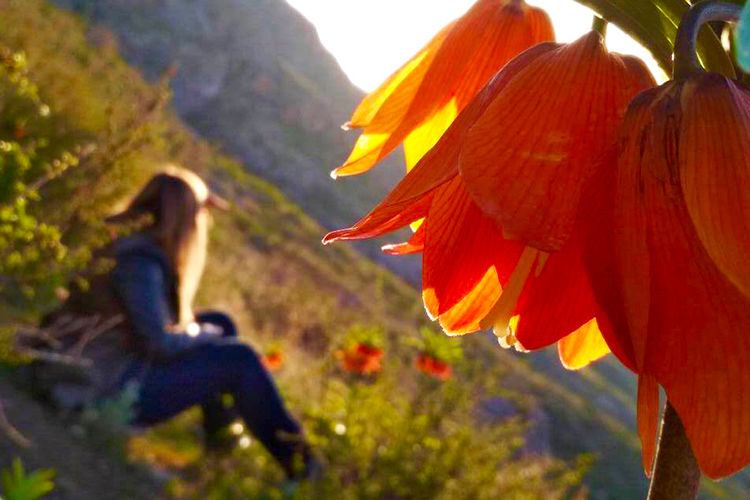 — The mountains! At home in the Seattle area, I can see Mt. Rainier, a large snow-capped volcano, from my backyard. Here in Kyrgyzstan, there are mountains everywhere and while I don’t go hiking often, I never get tired of the mountain views.

— When I am not in Bishkek, I really miss being able to walk to many places like I do here. Additionally, while shoro drink is too salty for me, I genuinely like seeing the various red and blue kiosks set up around the city when it’s warm outside. It’s a lovely sign of the changing season!

— What is your favorite place in Bishkek/Kyrgyzstan?

— In Bishkek, it is definitely the promenade next to the Philharmonic. I simply love the Soviet architecture around that area and the view of the mountains is spectacular. I would also say my desk at AUCA! Because I really enjoy the company of my faculty colleagues who have become my friends.

In Kyrgyzstan, I love the south shore of Issyk-Kul.

I am afraid to try kholodets! The vaunted Soviet meat jelly. I just can’t.

— Those who follow me on Snapchat or who have read my blog know that I’m eternally fascinated by transportation in and around Bishkek. I love hearing random songs from the 1990’s in my taxi and was delighted when I could finally ride in the classic Soviet car, the Zhiguli, on the way to work.

These are small things but as a foreigner here, I am entertained by them.

I think the marshrutka is one place for anyone to really experience Kyrgyzstan.

It serves as a snapshot into the world of Kyrgyz society. Last year, there was an art exhibit with photos and drawings of people in marshrutkas and they really resonated with me. Relatedly, it’s interesting to contrast men giving up their marshrutka seats for women with the struggle for women’s rights within the country.

— And what has disappointed you?

— Well, I work a lot — too much — and because of this, I haven’t had as many opportunities to explore various corners of the country as I would have liked. In addition, while I generally hang out with locals when I have free time, I haven’t been able to really «dig into» Kyrgyz life and society the way I have in other countries where I’ve lived.

One of my goals this year is to learn more about the intricacies of Kyrgyz culture.

— Should foreigners, tourists, in your opinion, come back to Kyrgyzstan again? What for?

— Absolutely! For all of the lakes, mountains, fresh air, and green space.