Prime Minister of Kyrgyzstan about fines for spitting: This measure is necessary 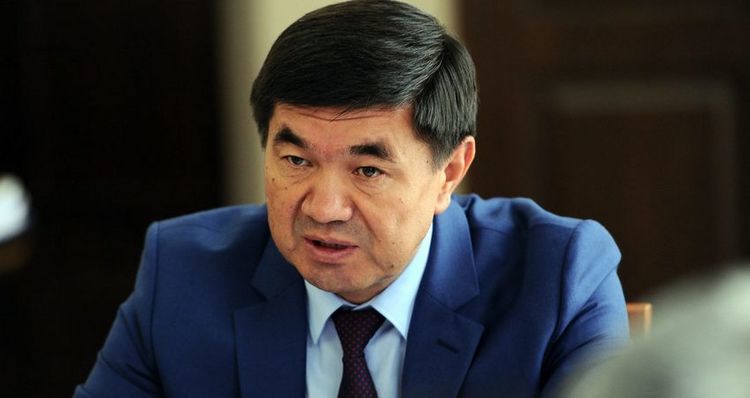 «I believe that the application of fines is a measure that is objectively necessary today,» the Prime Minister of Kyrgyzstan Mukhammedkaly Abylgaziev commented on the introduction of new fines, including for spitting on the streets.

According to him, the introduction of new fines stipulated by the Code of Violations for such violations as burning of leaves, household and industrial waste in undesignated places, spitting on the street caused a large public outcry. The Code was adopted after a long discussion in Parliament, where the document was supplemented with a fine for spitting.

«Undoubtedly, we should pay special attention to the issue of formation of public consciousness and experience of public conduct among citizens. I want to remind you that the parents bear a large responsibility for raising the younger generation, who should instill in children a culture of behavior in society. Our people have always been distinguished by their love for cleanliness and careful attitude to nature and the environment,» Mukhammedkaly Abylgaziev stressed.

People must observe the elementary norms of culture and behavior in public places. We should set the right example for the younger generation.

The head of government instructed the local government bodies to conduct enhanced outreach activities among the population about the essence of innovations and, at the same time, develop clear mechanisms for administering fines for their violation.

link: https://24.kg/english/105625/
views: 459
Print
Related
Fines for spitting. Commissions for consideration of cases approved
New Code of Violations. Rules for taxpayers relaxed
Fines for spitting to be reduced and equalized with smoking in Kyrgyzstan
Government of Kyrgyzstan fails preparation for judicial reform
Kyrgyzstan not to arrest for minor crimes
Kyrgyz officials to reduce fine amount for spitting on streets
President comments on new fines, promises disclosure of new scandalous facts
Prime Minister: Both drivers and pedestrians must obey traffic rules
Young man detained by police for spitting towards White House in Bishkek
Kyrgyzstan to fine for spitting
Popular