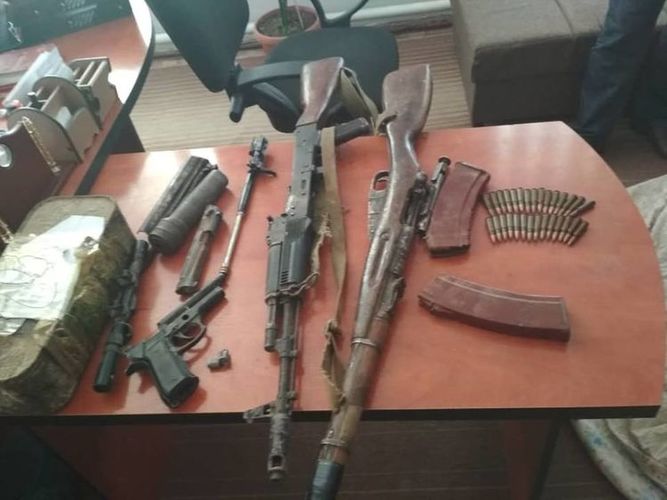 A man hid weapons and ammunition in his garden in Kara-Suu district of Osh region. The Internal Affairs Department of the southern capital informed 24.kg news agency.

The policemen found an AK-74 assault rifle and two loading cases to it, a carbine, 29 cartridges from 7.62 mm Kalashnikov assault rifle.

«In addition, the 42-year-old man buried a zinc box with 360 ​​cartridges of 7.62 mm caliber, an air pistol Blow and binocular. The detainee was placed in a temporary detention facility. A criminal case was opened. It is known that his 34-year-old brother is in jail on armed assault charges,» the Internal Affairs Department reported.