Kyrgyzstanis are the best at Turkish intellectual game tournament within WNG 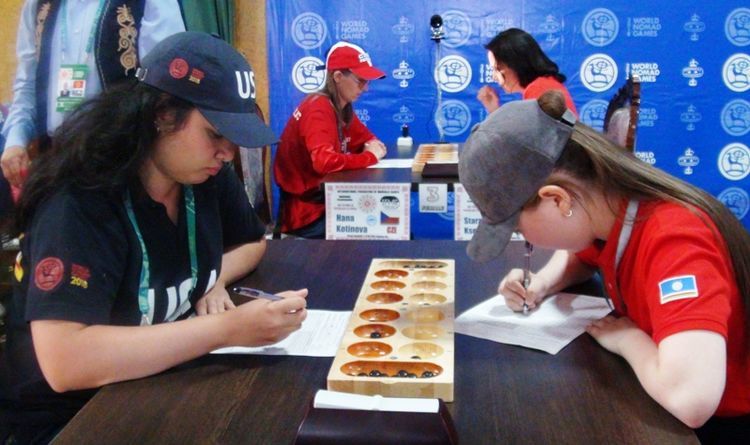 Kyrgyzstanis were the best at the mancala tournament in the framework of the 3rd World Nomad Games.

The WNG host competitions not only in martial arts and equestrian sports, but also in intellectual sports. The first mancala tournament ended. This is a strategic game of the people of Turkey.

The participants had seven rounds according to the Swiss system. At least 40 athletes from 27 teams competed for victory. Anarbek Dzhamakeyev took the first place, the second — Kuban Sazaev (both from Kyrgyzstan), the third — Maksat Shotaev (Kazakhstan). In the team scoring, the top three were the teams of Kyrgyzstan, Kazakhstan and Uzbekistan.

At least 17 sportsmen from 10 teams competed for the champion title among the women. Aziza Zhamansartova took the first place, Adina Aseyeva (both from Kyrgyzstan) — the second and Gulnara Bazaralieva (Kazakhstan) — the third. The team of the Kyrgyz Republic became the best in team classification. It is followed by Kazakhstan and the United States.