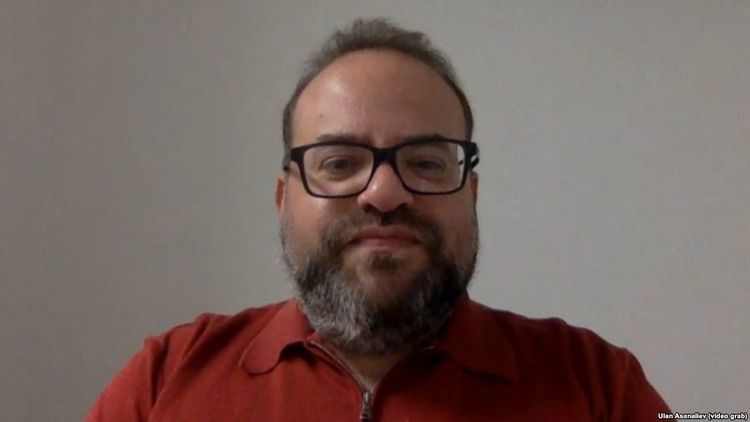 Former financial adviser to the son of the deposed president of Kyrgyzstan Maxim Bakiyev at the Central Agency for Development, Innovations and Investments, Evgeny Gurevich, gave a large interview to Azattyk and said that he had a proof that the Bakiyev family had taken $ 200-300 million out of the country.

Evgeny Gurevich also stated that he was ready to cooperate with the government of Kyrgyzstan.

He got out of jail. «Right now, I’m in so called in America halfway house — I work, but I spend the evenings and nights in semi-imprisonment regime. It will end soon. As for the case itself ... It was not connected with insider trading. This was related to my relationship with Maxim Bakiyev. I do not want to get very deep into the essence of this case, especially since this information is available to the public,» said Evgeny Gurevich.

«The justice system in Kyrgyzstan does not work at all. A symbol of what our president Trump calls a «witch hunt» was created out of me. I by no means compare myself to Trump, but they created an image of all the evil and terrible that had happened in the days of Bakiyev from me. In my opinion, this is some kind of nonsense to come to Kyrgyzstan and defend my rights. The process was deliberately built against me,» said the former close partner of Maxim Bakiyev.

But I wanted and took active steps to help the government of Kyrgyzstan in finding the funds that were stolen and taken out of the country by the Bakiyevs. I, as a financial advisor, had information on this issue.

According to him, money, undoubtedly, had been withdrawn from Kyrgyzstan.

The money was withdrawn by the Bakiyevs family, neither by me nor by other familiar partners. You should understand that the Bakiyevs are rather greedy people. They left a lot of people around them in a situation where they can not afford to pay even to a lawyer.

Evgeny Gurevich denies that he personally took a cent out of Kyrgyzstan for his own use.

«But I confirm that the Bakiyevs withdrew quite a lot of money in the amount of hundreds of millions of dollars. I tried to provide the Kyrgyz prosecutor’s office and the US authorities with information on this issue. There was some interest, but for some reason it died away,» said Evgeny Gurevich.

According to him, representatives of the Kyrgyz prosecutor’s office came to Alabama in 2015. An interview or interrogation lasted two days. Both prosecutors asked to make a selfie with Evgeny Gurevich, because they said no one would believe that they were in prison in Alabama.

«In any case, we had been conducting quite detailed negotiations for two days. I have often offered to help them with this aspect of the process. There was interest from Kyrgyz prosecutors. It is not clear for me why this story had not been continued,» said Evgeny Gurevich.

The former friend of Maxim Bakiyev stressed several times that he had ample evidence that the Bakiyevs withdrew hundreds of millions of dollars from Kyrgyzstan.

Evgeny Gurevich was sentenced in Kyrgyzstan in absentia to 25 years of imprisonment on charges of withdrawing funds from the AUB. He does not admit his guilt.