Site plan for reconstruction of Botanical Garden presented in Bishkek 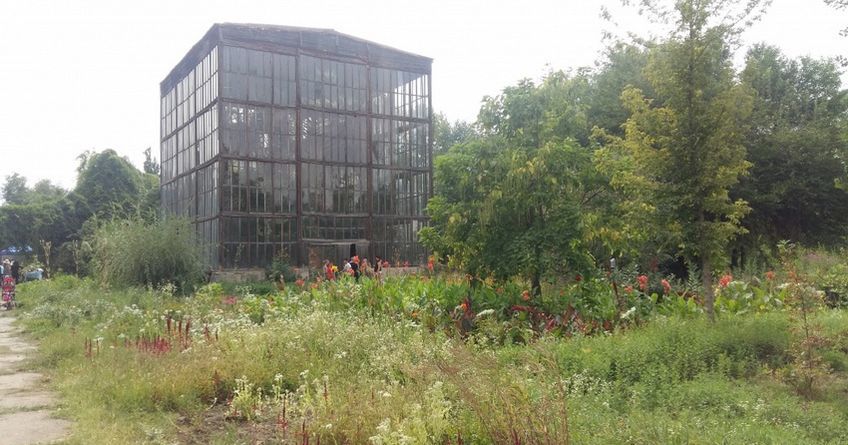 Site plan for the reconstruction and restoration of Gareyev Botanical Garden, developed by the scientists of the garden and Initiative Archa Public Foundation, was presented in Bishkek.

Executive Director of the public foundation Dmitry Vetoshkin noted that the Botanical Garden was different from a park, because it was primarily a scientific institution.

The cultivated plants are strictly documented, they have a systematization and a scientific direction. There are three types of gardens:

Acting Director of the Botanical Garden named after Gareyev, Gulyaim Donbaeva, noted that the garden celebrated its 80th anniversary in 2018.

«It was created in 1938; in 1964, it was granted the status of a research institution. In a short time, a rich collection of plants has been created. In 1996, the Botanical Garden was named after the corresponding member of the Academy of Sciences of the Kyrgyz SSR Enver Gareyev,» she noted.

The territory of the Botanical Garden is about 160 hectares. It is the largest in Central Asia.

Currently, the Botanical Garden is in a deplorable state and needs restoration.

Scientists, representatives of environmental organizations in cooperation with the world’s leading botanical gardens and the Botanic Gardens Conservation International (BGCI) have developed a plan for creation of an Asian mountain garden on the territory of the Botanical Garden. An interactive educational site, an open-air museum of plants and a place of unity of the townspeople with nature is planned.

The mission of the Asian mountain garden is to preserve the unique natural and cultural, especially the mountain-Asian, flora for present and future generations through studying, using, restoring and educating the public about its significance and use.