Schoolchildren from Kyrgyzstan won bronze medal at the International Physics Olympiad among students in Portugal. The press service of the Ministry of Education reported. 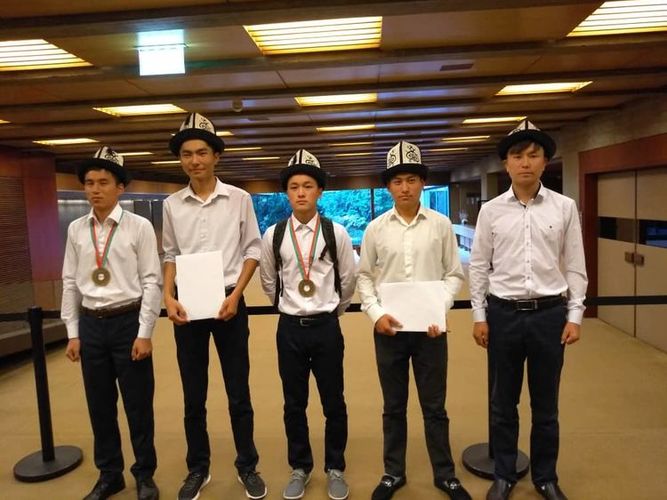 «In the theoretical round, the students received three tasks from the nuclear physics, physics of living bodies and relativistic physics, and two experiments were to be carried out in the experimental round. The working language was English,» the ministry said.

The ministry noted that it paid for the trip and a fee for participation in the Olympiad.

Quarantine zone expanded in Bishkek
News brief
7 April, Tuesday
17:36
China reports no new deaths from coronavirus first time since January China reports no new deaths from coronavirus first time...
17:16
Man attempts to rob house of Interpol employee in Bishkek
16:58
13 more people recover from coronavirus in Kyrgyzstan
16:52
First criminal case for concealing coronavirus filed in Osh
15:28
Over 18.6 tons of gold produced at Kumtor mine in 2019
15:06
Curfew breakers fined in Osh region of Kyrgyzstan
14:53
Detained policeman tried to sell pass for 14,000 soms
14:43
Repair of roads in Bishkek at expense of China’s grant to begin after quarantine
14:04
Over 50,000 families to get humanitarian aid in Bishkek
13:55
Mayor of Bishkek Aziz Surakmatov tells about contacts of coronavirus patients