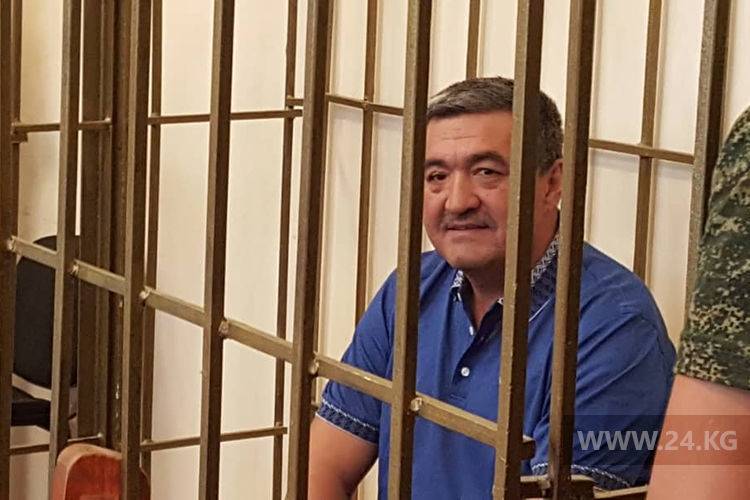 The Bishkek City Court began considering the measure of restraint to the former mayor of the capital, Albek Ibraimov.

The lawyer of the defendant Sergei Slesarev said that the investigation violated the criminal procedure legislation, in particular, the order of detention.

«The Pervomaisky District Court violated the principles of the Constitution to the extent that no one can be detained except for the manner prescribed by law. The case is open, except for the protection of state secrets. The court closed the hearing and did not explain this. Relatives, friends, journalists could not enter the court room,» Sergei Slesarev said.

He noted that the Pervomaisky District Court unilaterally delivered a decision on the arrest of Albek Ibraimov.

«In fact, the State Committee for National Security detained a witness, since Albek Ibraimov was previously interrogated as a witness. Special forces detachment detained him using special means. They turned off all communication means, used physical force against Albek Ibraimov, security guards at his home and villagers,» said Sergei Slesarev.

The lawyer asked the court to change the measure of restraint to the former mayor to any not connected with arrest.

The ex-mayor of Bishkek was detained on the fact of misappropriation and embezzlement of property of Dastan TNC by purchasing special products at an overestimated price. He was placed in the pretrial detention center of SCNS until August 29, 2018.

Later, Albek Ibraimov was charged with corruption. According to the investigation, he, using his powers, organized a criminal scheme with other officials of the Bishkek City Administration on illegal allocation of municipal land located in the southern part of Bishkek.