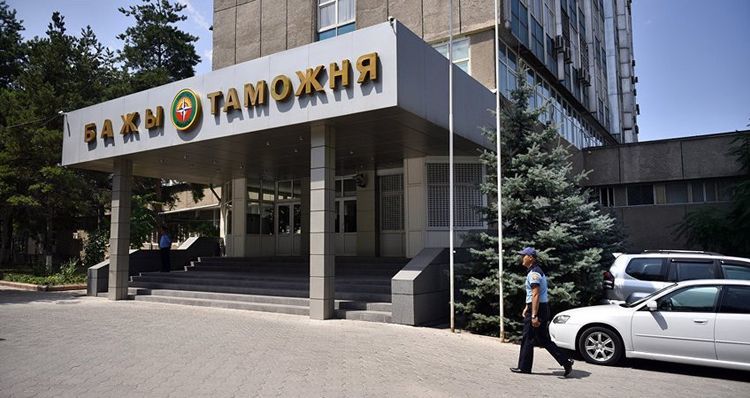 The State Service for Combating Economic Crimes confirmed that another suspect was detained within criminal case against customs officers.

«The former head of the State Customs Service department, citizen N.Z., was detained on suspicion of committing a crime. By the decision of Pervomaisky Court of Bishkek, he was arrested until the end of the investigation,» the State Service for Combating Economic Crimes informed.

Earlier, the former head of the Central Customs Office of the State Customs Service, Nurbek Aybashev was detained within this case.

Criminal proceedings were instituted under Articles 210 (evasion from payment of customs duties), 221 (abuse of authority by employees of commercial or other organizations) and 304 (abuse of office) of the Criminal Code of the Kyrgyz Republic.

In 2015, A LLC and U.Q.I.T. Co Ltd. signed a contract for the processing of cattle skins, chrome tanned leather, leather crust, natural and artificial leather into leather footwear and other haberdashery items in China.

Officials of the State Customs Service, abusing their official position and acting in the interests of the company, used a knowingly unreasonable and incorrect way of identifying goods and without permission of the general director of A LLC issued a permit to use the customs procedure for processing the goods outside the customs territory.

By this permit, the LLC gave the opportunity to process leather crust and artificial leather into footwear, clothes, haberdashery items (without replacing processed products with foreign goods) at U.Q.I.T. Co Ltd. outside the customs territory.

A LLC in violation of the terms of use of the State Customs Service permit supplied the goods not to the processor — U.Q.I.T.C.L., but to another company — S.K.

As a result of illegal issue of permits for the use the customs procedure for processing goods outside the customs territory and unjustified use of the permit by the officials, the state suffered losses amounting to more than 166 million soms in the form of non-payment of mandatory customs duties.