Sapar Isakov was summoned for questioning to the State Committee for National Security. The former prime minister posted on Facebook. 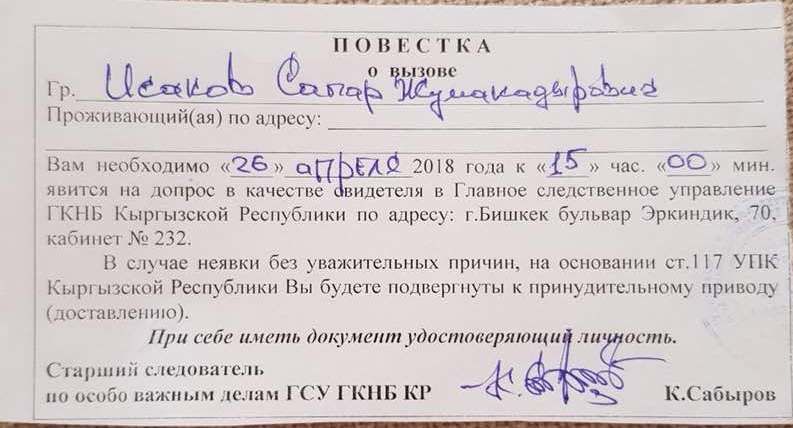 The summons states that today at 3 pm he must come to room No. 232. The document says that Sapar Isakov is summoned for interrogation as a witness. However, the former head of the Cabinet is not aware of the case within which he will be interrogated.

It became known that Raim-millionaire filed  a lawsuit against Sapar Isakov. He considers his dismissal as illegal.