Bishkek HPP breakdown. Who of officials, deputies lobbied for TBEA? 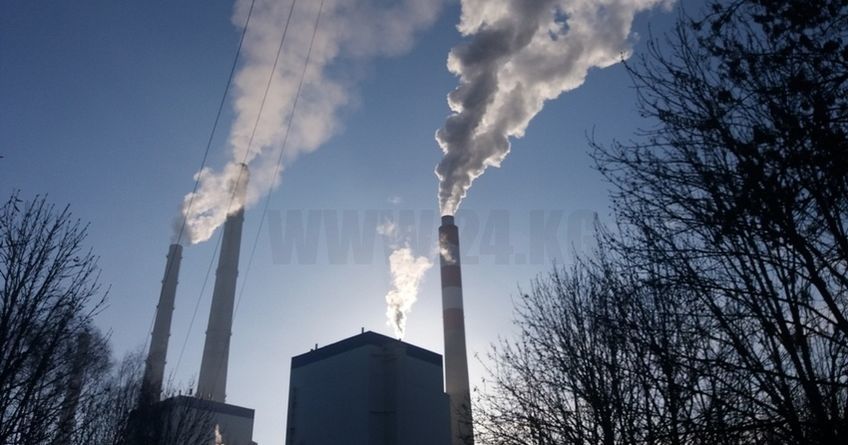 Failures of equipment continue at the Bishkek Heating and Power Plant. One breakdown comes after another, boiler units fail. For the third day in a row, temperature in the houses of city residents does not rise above 12-15 C degrees.

Ordinary workers, engineers, and power engineers are welding up pipes day and night, patching holes, trying to restore the work of the power and heating plant in the cold and mud. The top management of the energy industry for the third day cannot voice the main reason for what happened, or they do not want to name their fellows, who once brought the Chinese company TBEA to Kyrgyzstan, entrusting it with the modernization of the heating and power plant of the capital.

Since the first days of the strong lobby, 24.kg news agency has been watching the project closely. Today we decided to remind the readers the history of the matter.

Who came up with idea to modernize Bishkek HPP?

Omurbek Babanov, being the prime minister of the country, more than once raised the issue of the need to redesign the boiler units of the HPP for use of local coal.

Negotiations with China on the modernization of the heating plant have been conducted since 2011.

Initially, the project was not open to all comers. Tenders have not been conducted. Proposals of only two companies — TBEA and CMEC were considered.

The first offered $ 386 million, the second — $ 356 million. Electric Stations JSC could save $ 30 million, but it chose TBEA, which, in addition to upgrading of the Bishkek HPP, promised to build two schools.

The CMEC offer was rejected, since, according to Salaidin Avazov, then the General Director of the Electric Stations, CMEC copied the modernization project from its main competitor, TBEA.

«We sent a request to the company, because the spending table completely coincides with the TBEA, even the grammatical errors are the same. In addition, part of the work in the project was absent, so the amount may increase several times. We asked to recalculate the estimate, but there is no answer,» Salaidin Avazov said then.

The public had claims to TBEA: repair of heating plants is not its business. But the contractor promised to install two turbo-units with a capacity of 150 MW with steam recovery and two ultra-high pressure boilers designed for local coal.

In low-water periods, the HPP was planned to be used as a base station, and its new capacity should compensate for the electricity shortage in the north of Kyrgyzstan.

The first boiler was planned to be launched in 2014. However, the updated station was put into operation only this winter, that is, four years after the deadline.

HPP did not withstand the frosts and was not able to provide residents of the capital not only with electricity, but also with heat.

Being the Minister of Energy, Osmonbek Artykbaev actively defended the interests of TBEA. He assured that the company would build a new HPP.

«In fact, we are building a new heating and power plant with a capacity of 300 MW, where two boilers will be installed. This is a good help for Kyrgyzstan’s energy sector. Even though we will build a power line Datka — Kemin, there will be a shortage of electricity. We need to quickly increase power capacity, as consumption grows annually,» said Osmonbek Artykbaev.

As an example, he cited the construction of HPP plant in Dushanbe, which was also headed by TBEA. The authorities of the country received many complaints from the public and state authorities.

The State Environmental Expertise of the Tajikistan’s Environmental Protection Committee rejected the construction of HPP-2 due to numerous deviations from permissible standards in the project. However, the HPP was built anyway.

By the way, we note that the Accounting Chamber of Kyrgyzstan also revealed violations during the modernization of the Bishkek Heating and Power Plant.

Due to lack of funds, Electric Stations JSC did not develop a full feasibility study. Specific financial proposals came only from TBEA.

According to the Accounting Chamber, the cost of equipment was estimated at $ 164.6 million, construction work — $ 66.7 million, installation and commissioning — $ 64.2 million.

TBEA provided gratuitously $ 20.3 million. This amount includes development of a feasibility study for the project Construction of Kara-Keche TPS for $ 3 million, delivery of two autotransformers with a capacity of 250 MVA with installation for $ 9 million, the supply of cable products for $ 1 million, as well as furniture and office equipment for the administrative building of Bishkek HPP for $ 300,000.

After commissioning of Bishkek HPP, 20 people from the Chinese company will serve the heating plant for a year and a half. $3 million were budgeted to pay for their services.

On behalf of the president of TBEA, the company promise to build two schools worth $ 2 million in Kyrgyzstan.

When discussing the project of modernization of the HPP, the deputies divided into two camps. Leader of the parliamentary faction Ar-Namys Felix Kulov admitted that the laws were violated when the Chinese company TBEA was entrusted with upgrading the Bishkek HPP. The Chairman of the Committee on the Fuel, Energy Complex and Subsoil Use Kozhobek Ryspaev was also against it.

However, there were more defenders of Artykbaev’s brainchild. Here is a list of those who went to Hong Kong at the expense of TBEA:

By the way, all MPs who visited Hong Kong voted for ratification of the agreement, except for Iskhak Pirmatov, who was absent from the meeting.

Kozhobek Ryspaev stubbornly insisted that TBEA should not upgrade the HPP. However, his colleagues did not support him, and the deputy admitted that he could do nothing against the system and pressure of the government.

The Cabinet of Ministers asked the relevant committee to speed up the ratification of the agreement, as Exim Bank of the PRC allocated the first tranche.

We warned the Minister of Energy and Industry Osmonbek Artykbaev that he would be responsible for lobbying the Chinese company.

However, no warnings did not work, and the deputies supported the lobbyists, and later realized that they had made a mistake and it was possible that the ratification also passed with violations.

At the committee meeting, MP Raikan Tologonov then noted that the Ministry of Justice should assess the legality of ratification of the agreement by the Parliament.

«If the laws are violated, then we will denounce it (the agreement). The Ministry of Justice did not submit an opinion on the choice of the contractor. If violations are identified, the Prosecutor General’s Office will be attracted to the case,» he said.

We are also misled. The situation is complicated. In a few years, we will have to give $ 600 million, so we cannot negligently treat external loans.

"It’s not about CMES and not TBEA. We all make mistakes. At the end of the year we were forced to ratify: otherwise the bank will not allocate money. The government claimed that only TBEA was chosen as a contractor. If the Ministry of Justice detects violations, there will be denunciation. The government claims quite other thing, «said Kozhobek Ryspaev.

«We’re just a little late. Deputies went to Turkey and opened our eyes. Earlier we could not do this. The government hurried us up. It will continue to push TBEA forward, despite the fact that there is no feasibility study, but only a technical proposal,» he said.

This conversation took place on January 23, 2014. After 4 years, we have a collapsing heating plant and a freezing Bishkek.