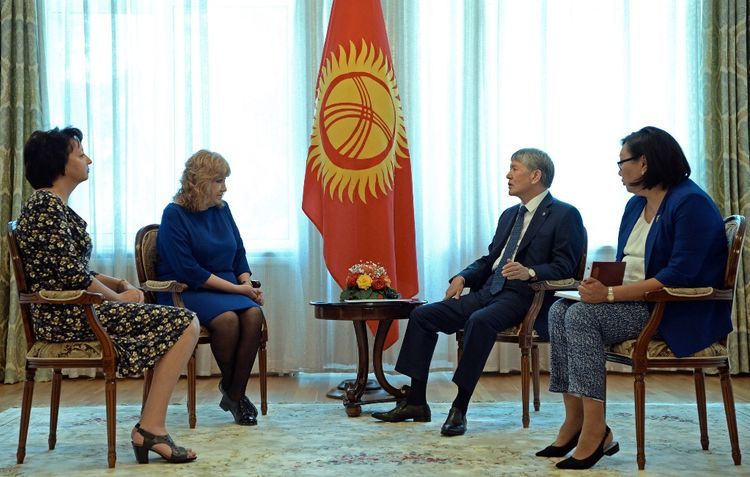 Almazbek Atambayev discussed with the historians from further promotion of Altai Civilization project. The Information Policy Department of the President’s Office reported.

According to it, in the State Residence in Cholpon-Ata the head of state received Zhibek Syzdykova, Deputy Director of the Institute of Asian and African Studies of Moscow State University, Professor of the Altai State University Yulia Lysenko and Anna Dybo, Doctor of Philological Sciences, correspondent member of the Russian Academy of Sciences, who took part in the work of the International Forum «Altai Civilization and Related Peoples of Altaic language family».

Scientists-historians shared positive impressions both about the forum and in general about the very idea of ​​studying the Altai civilization, indicated its relevance and an important unifying role in the .

The head of state stressed the importance of deep study and popularization of the idea of ​​the unity of peoples with common Altai origins, taking into account the fact that a significant part of the history of the Kyrgyz people took place on the territory of Altai, as well as the common language and culture of the peoples of the Altaic language family.