Vera Brezhneva: We should not discriminate people with HIV 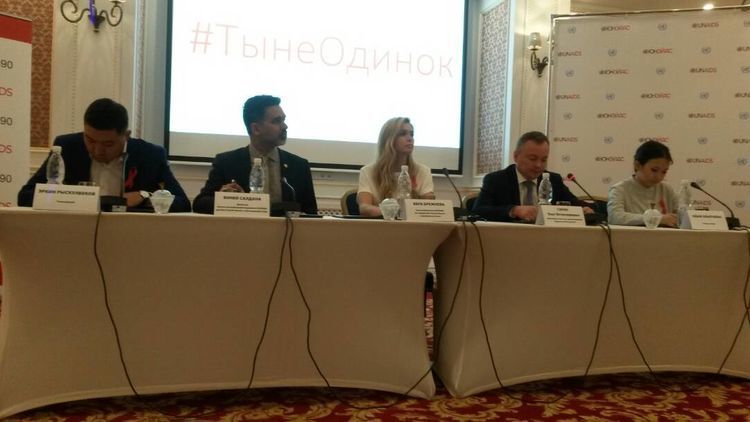 Why there is a discrimination of HIV positive people? It is because the people are not informed. All the ways of transmission of the disease are well known: through blood, unprotected sexual contact and through breast milk from an infected mother to a child. The Goodwill Ambassador Vera Brezhneva said at a press conference in Bishkek.

According to her, HIV is not transmitted in everyday life, through kisses and hugs. It is not dangerous and will never be dangerous to go to school with a child with HIV infection.

Discrimination breaks fates of the people who need our support and help.

She added that discrimination hinders the society from effectively countering the epidemic. After all, people who need help do not turn for it for fear of being rejected. And if a person starts treatment in time, the amount of the virus in the blood is controlled and the risk of transmission is reduced.

Recall, a campaign in support of HIV-infected people in  with the participation of Kyrgyz artists and singers # TyNeOdinok was launched in Bishkek. It is supported by the famous Russian singer Vera Brezhneva, who is UNAIDS Goodwill Ambassador for Eastern Europe and .