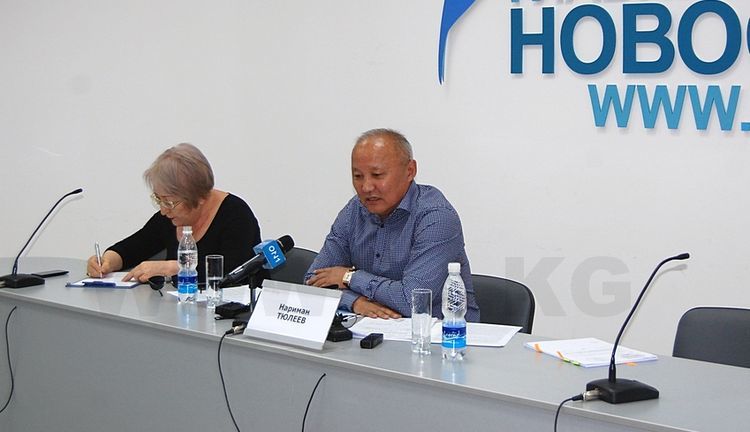 Verdicts of the courts do not have a word about confiscation of property, Nariman Tyuleev said today at a press conference in 24.kg news agency.

According to him, the Tyuleevs have been proving that there was no «confiscation» word in the verdicts of the courts for two years. «We get an answer: the property was confiscated by a court decision. The official of the Judicial Department Rustam Ibraimov simply transferred the property. Perhaps, he wanted something. I was in prison at that time," Nariman Tyuleev said.

He added that the property was seized. The court’s decision must say that it is confiscated in favor of the state. «Let the Judicial Department show where it is said about the confiscation. And then I’m ready to leave the country if my family is so unwelcome," Nariman Tyuleev added.

Earlier, the State Property Management Fund explained why it confiscated the building of the business center SapatCom from ex-mayor of Bishkek Nariman Tyuleev. According to it, it was confiscated by a judicial decision. The Supreme Court of the on November 30, 2015 upheld the judicial acts of courts of the first and second instance regarding the confiscation of movable and immovable property in favor of the state.

Caravan shopping center, owned by Nariman Tyuleev, was also confiscated in favor of the state.