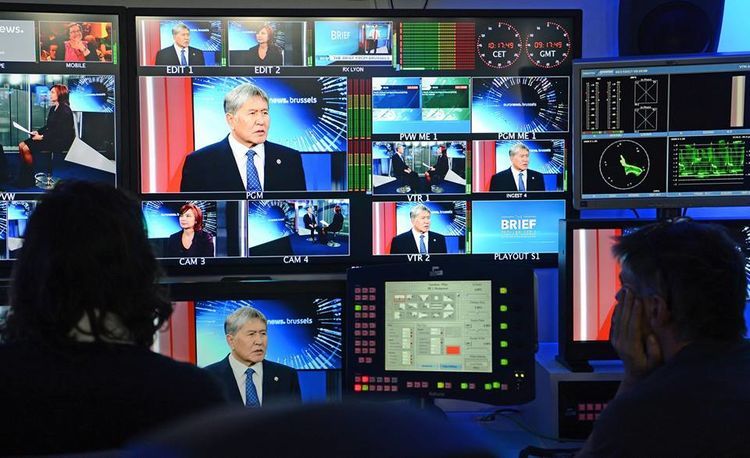 Kyrgyz President Almazbek Atambayev during his visit to  visited Euronews and answered the questions of the journalist of TV channel.

The Head of State spoke about the human rights situation in the country, its membership in the Eurasian Economic Union, attitude toward the Ukrainian conflict and the fight against terrorism.

Journalist of Euronews asked Almazbek Atambayev if  is going to respond to the criticism of the sentence to Azimzhan Askarov, the legality of which is being questioned.

Almazbek Atambayev said that to cast doubt on the legality of the sentence one shouldn’t be in  or ,. He noted that for this it was necessary to participate in the process. Moreover, the authorities invited all concerned parties from international organizations. And most of the meeting was open to the public. Only the examination of witnesses was closed.

«I believe that the court of any country must be respected. Moreover, I think that our country deserves the same respect as any country of the European Union or the . To be honest, for me too, all these years the case of Azimzhan Askarov was a headache. I was in the opposition for more than 15 years, and I’ve never heard of human rights activist Askarov, journalist Askarov. The whole story with Askarov came out when we asked the military base to leave. Therefore, the issue is politicized," Almazbek Atambayev concluded.

Replying to the question whether the sentence to be legitimate, the president of  said: «This is the court verdict. Moreover, now Askarov appeals it and there also will be proceedings in the Supreme Court. And everyone who has any doubt can come on site to observe the process.»

About the fight against corruption

Also, the head of state considered assessment of Transparency International about the high level of corruption in the country politicized. He noted that the revenue part of the republican budget increased by 3 times in the last 5 years. The President believes that only through the country can solve economic problems. Indeed, no new large enterprises built in , there is no oil or gas.

Over the past five years, we have been able to increase the average salary of teachers in 4 times, and doctors — in 3 times. Of course, wages are low. But the money for it, we found only through the fight against corruption.

As evidence, the president cited the fact that over the past five years opened criminal cases on seven thousand officers. Including the more than 550 government agencies executives.

«When I became president in the first three years we have increased the fees at the customs office for three times. And it is also thanks to the fight against corruption. It this happens in the same or elsewhere, who criticize? We don’t have untouchable. Our head of Presidential administration served a sentence for broking the law," the head of state said.

About membership in the EEU

Journalist of Euronews interested about the participation of  in the Eurasian Economic Union. In conversation, they addressed the issue that the EEU is most beneficial for , but in its composition may come out at the short end.

Almazbek Atambayev said that the country shall trade with someone and work with the neighbors somehow. He reminded that in the case of not joining the EEU, the economic blockade would threaten the country.

In 2010, when Kazakhstan made a blockade to us for 1.5 months, we even had human casualties. This happened because the blockade — a bad thing. If we are offered an alternative which we can join. In Afghanistan or what?

Kyrgyz President assured that the country is ready to join the European Union. He even suggested such an idea, but he was openly said that this is impossible because of the lack of common borders.

«Then what do you propose to us? We have 6 million people. To close and live as in the jungle or what? We need to develop, we need a market," Almazbek Atambayev concluded.

He noted that the EEU is beneficial not only to  but also to . After all, more than half a million labor migrants from work in . And after the country’s accession to the EEU they received equal rights with Russians.

About conflict in eastern Ukraine

Concerning the Ukrainian theme, Almazbek Atambayev said that has such conflict after the revolution in June 2010. The head of state believes that the clashes were organized by «certain special services.» 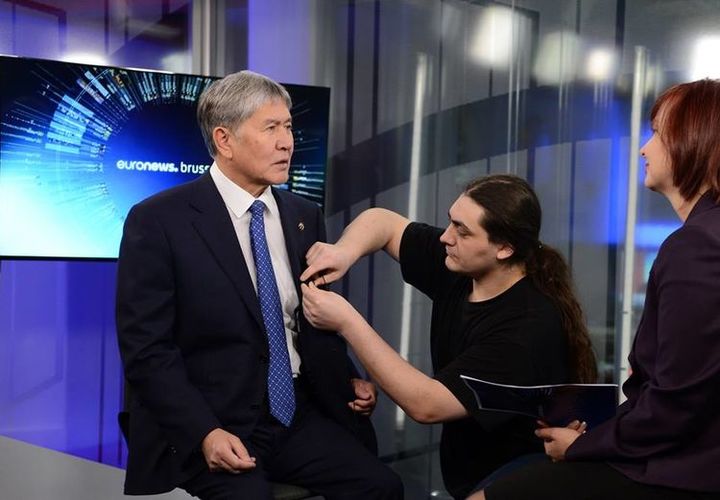 «Our district and regional administrations were also captured. I was prime minister, then president during this period. But I never called to  or . I personally went to these places. And when I was offered to block some region, turn off the electricity there, not to pay pensions, I said that then these people would say what we are not in one country," the head of state said.

Almazbek Atambayev said that he supported the revolution in . And reminded that immediately sent congratulations, but advised to be especially attentive to the relations.

Who will point to the right candidate for presidency?

Almazbek Atambayev called absurd the reports that Russian President Vladimir Putin during his upcoming visit to  will choose the convenient for the Kremlin candidate.

«That’s how politicians say, those who brought our country to this absurd state at one time. Yes, there was a time when the country was completely dependent on the neighbors, when any republic could switch off both gas and light to the country. But today we are completely different country. And, of course, Putin comes completely not for this. We have questions that need to be discussed, there are bilateral issues," Almazbek Atambayev said.

About the fight against and terrorism

President of  said that the country has been able to significantly strengthen center in recent years. He noted that all the troubles, such as ISIS, radical movements arise because of illiteracy of people. Therefore, in recent years aims at education not at 4–5 percent, as in other countries, but at 24 percent of the budget.

«Thank God, I don’t want to jinx it, but so far we have had only one terrorist attack — the Chinese Embassy. Unlike neighboring countries, where was no revolution. And we immediately investigated it and took steps to prevent recurrence. It was a terrorist attack without casualties, only the terrorist died," Almazbek Atambayev said.

He said that the security services of  watch the people who went to fight in . Now they have started to return. 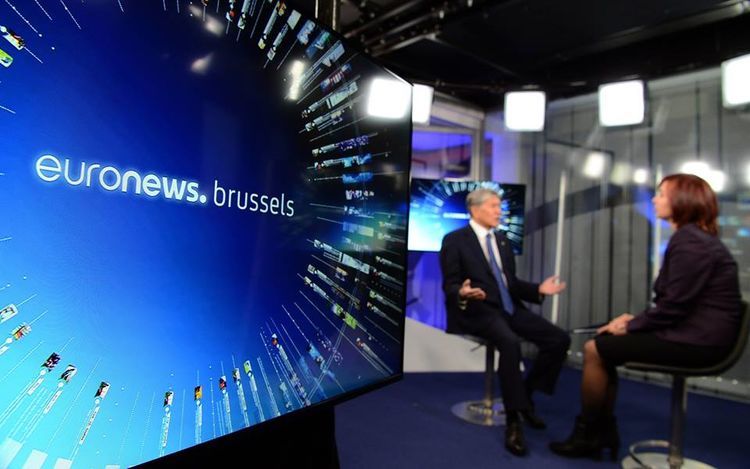 «Of course, we work very active in this area. Because it is a disaster. But the main thing — it is necessary to fight not only with the consequences, and to avoid uprise of radical Islam. How radical Islamism arises? The ideology of the «Islamic State» — in fact it is something like socialism," Almazbek Atambayev said.

He believes that can serve as an example for the fight against radical ideas.

«If people see that the power is elected through fair elections, justice is gradually improving, it is possible to follow this direction. Even some of the leaders of Islamic parties say, maybe it was necessary to follow the direction of ? If we want radicalism to disappear, then we in the Muslim countries must show that the country can follow not only the authoritarian, dictatorial regime or radicalism. There is a third way — this is the way a normal, democratic, secular country. That’s what we are doing," the president of  concluded.