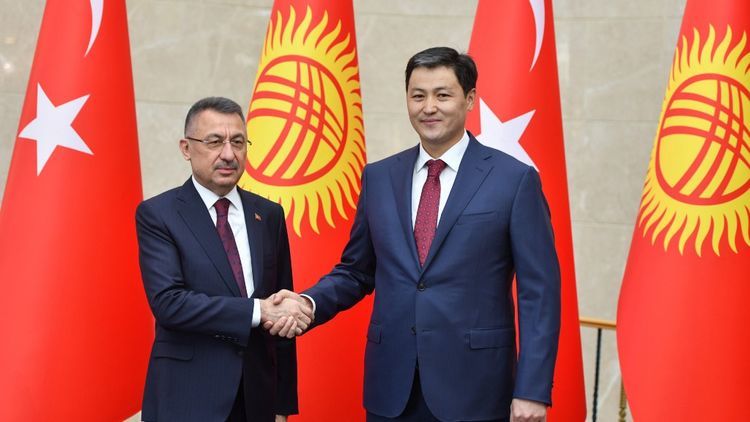 «The Kyrgyz Republic considers the Republic of Turkey as a strategic partner, with whom we are united by long-standing historical and cultural ties, religion and language, fraternal and friendly relations. Establishment of diplomatic relations between the two states celebrated its 30th anniversary this year. I am sure that the meeting of the Intergovernmental Kyrgyz-Turkish Commission will be successful and we will achieve good results,» Ulukbek Maripov said.

The head of the Cabinet noted that the Republic of Turkey has been one of the major trade and economic partners of the republic.

«I believe that it is necessary to make efforts to bring the level of trade between our countries to $1 billion. We propose to create an Investment Fund for implementation of promising medium and small projects,» he said.

He thanked the Turkish government for its assistance in overcoming the consequences of the coronavirus pandemic and for the 150,000 doses of vaccine provided the other day. In addition, there is a Kyrgyz-Turkish hospital in Bishkek, within the framework of the agreement on which support will be provided in improving the skills of medical specialists.

The Vice President of the Republic of Turkey Fuat Oktay, in turn, expressed gratitude for the warm welcome and noted the ongoing development of bilateral relations in various directions.

«The Kyrgyz Republic is a strategic partner for us, we are fraternal peoples. There is a goal — to bring the level of trade between our countries to $1 billion and we are ready to make efforts to further strengthen cooperation, including attracting investments in the Kyrgyz Republic,» he said, stressing the importance of deepening strategic partnership in areas of mutual interest and social-economic potential.

During the meeting, the parties exchanged views on topical issues of cooperation, including on the allocation of quotas for study of Kyrgyz students at Turkish medical higher education institutions, resumption of the annual provision of quotas for the treatment of 150 Kyrgyz citizens in hospitals of the Republic of Turkey on a gratuitous basis, and an increase in the length of stay of citizens of the two countries on the territory of the republics, as well as reduction of the cost of permits for labor activity on a parity basis.