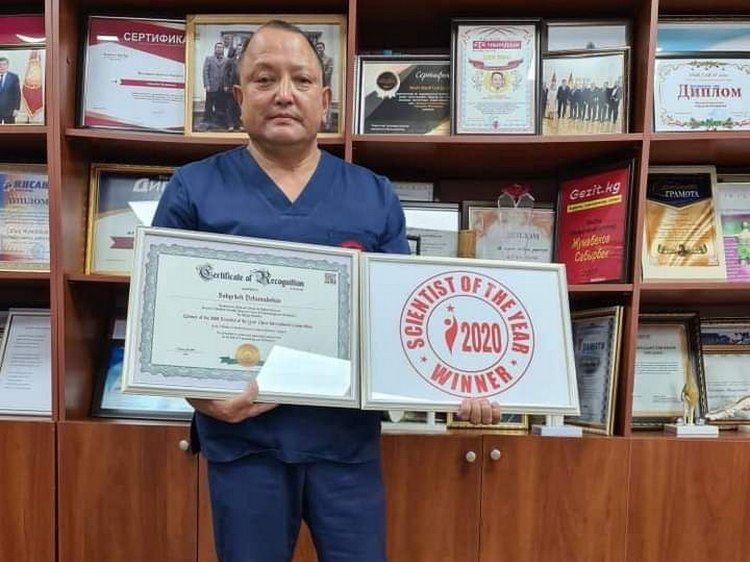 Selection committee of the International Achievements Research Center, headquartered in Chicago, recognized the Academician Sabyrbek Dzhumabekov as Scientist of the Year 2020 in the field of Traumatology and Orthopedics. Press service of the Ministry of Health of Kyrgyzstan reported.

«Sabyrbek Artisbekovich was awarded, given his contribution to fundamental and applied research in the field of clinical and experimental traumatology and orthopedics, the number of publications and patents obtained, mentoring in preparation of doctoral and master’s theses, participation in scientific conferences and projects, received national and international awards,» the ministry said.

The winner received an international certificate of recognition (diploma).