Chairman of the State Committee for National Security of Kyrgyzstan Kamchybek Tashiev successfully underwent surgery. He is recovering. The President Sadyr Japarov announced on his Telegram channel.

The head of the special services feels well. 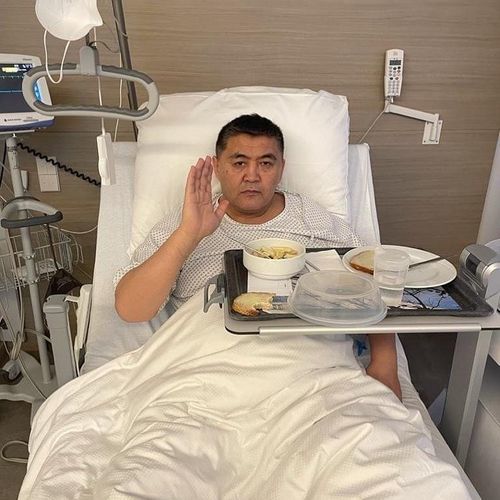 In November 2020, Kamchybek Tashiev was diagnosed with heart problems. He was admitted to hospital. The press center of the state committee clarified that the state of the head of the State Committee for National Security was stable.

On the eve of departure for treatment, Kamchybek Tashiev himself announced that he was going abroad. «Pray for me, I need your help. God willing, everything will be fine. I am ready to sacrifice my life for the sake of the people,» the head of the special services wrote.

According to his relatives, a blood clot was found in Kamchybek Tashiev. He had a thrombectomy. It was performed in one of the German clinics by German surgeons.