Suspect in double murder in Issyk-Kul region arrested in Bishkek

Suspect in committing a double murder in Issyk-Kul region was arrested in Bishkek. Press service of the Ministry of Internal Affairs of Kyrgyzstan reported. 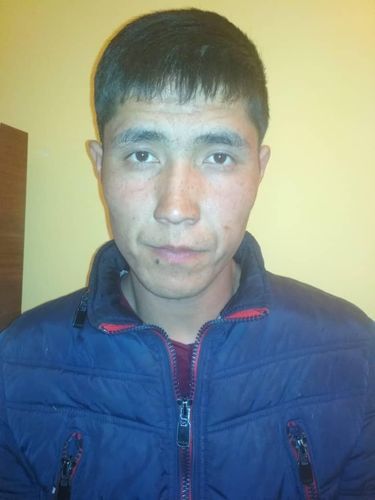 A 54-year-old woman and her 29-year-old son were found killed in one of the private houses on February 1 in Kashat village, Issyk-Kul region of Kyrgyzstan. The police managed to identify the suspect. Work was underway to find and detain the man.

Referendum and local elections in Kyrgyzstan: EU statement
News brief
16 April, Friday
17:13
Health Minister: Incorrect use of aconite can be deadly Health Minister: Incorrect use of aconite can be deadly
16:51
Quarantine not planned in Kyrgyzstan due to COVID-19 situation
16:28
Increase in COVID-19 incidence caused by elections, Health Minister believes
16:04
Provocation at rally for Interior Minister's resignation: US Embassy's statement
15:36
At least 734.4 million soms allocated for payment of interest rates on loans
15:27
Pharmacologist: Treatment with aconite is deadly
14:50
Road in Boom gorge to be closed for descent of stones
14:46
Kamchybek Tashiev comments on dismissed case against Raiymbek Matraimov
14:36
Three people seriously injured in mass brawl among schoolchildren in Batken
14:27
WHO concerned about shortage of new effective antibiotics