Head of the Information Policy Department of the Presidential Executive Office of Kyrgyzstan was detained on suspicion of extortion of a bribe on an especially large scale. Press center of the State Committee for National Security (SCNS) reported. 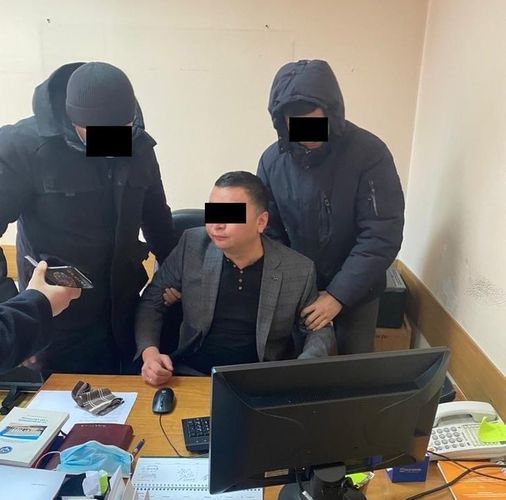 It is specified that the suspect was detained within the ongoing work to detect, prevent and suppress corruption-related crimes in government bodies.

«The official, abusing his position and pursuing the goal of personal material enrichment, extorted money on an especially large scale from a candidate for one of the leading government positions for a favorable decision on the appointment,» the statement says.

Pre-trial proceedings were initiated under Article 326 (Extortion of a bribe) of the Criminal Code of the Kyrgyz Republic.