25-year-old citizen of India arrested in Bishkek with drugs

A 25-year-old citizen of India was detained in Bishkek. At least 6.3 grams of marijuana were confiscated from him during a search. Press service of the Central Internal Affairs Department reported.

«On December 22, the police received a message that an unknown man aged 20-25 was using drugs and behaving inadequately in one of the yards of a multi-storey building in the capital. An investigative and operational group left for the place,» the department said. 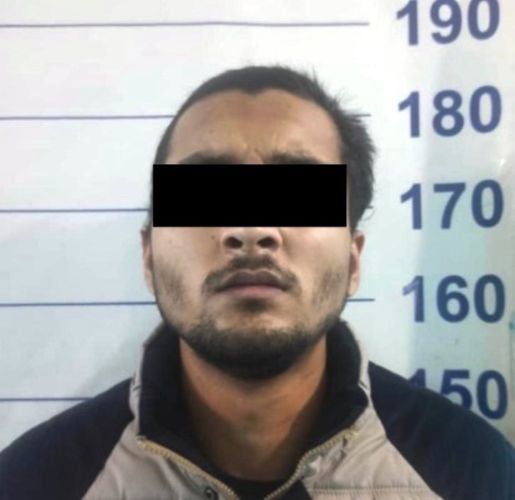 The suspect was detained and placed in the temporary detention facility of the Central Internal Affairs Department of Bishkek. A criminal case was initiated on the fact of illegal manufacture of drugs without the purpose of sale.
link: https://24.kg/english/178231/
views: 1126
Print
Related
Book by Kyrgyz poet Rahim Karim published in India
8 kg of hashish found in house of member of drug gang in Chui region
Over 5 kilograms of drugs confiscated from drug courier in Batken region
Ex-president of AUCA Andrew Kuchins to be deported from Kyrgyzstan
Former AUCA president Andrew Kuchins partially admits his guilt
Andrew Kuchins' wife tells why her husband ordered banned drugs
Man attacks tourists from India in Cholpon-Ata
Man tries to sell almost two tonnes of sulfuric acid in Batken region
India reports about emergence of new mutation of COVID-19 variant
Sale of about 10 kilograms of hashish prevented in Jalal-Abad region
Popular