Ski season has started in Kyrgyzstan. Some ski centers have already started to work.

«Following numerous requests from fans of an active lifestyle, we started work on November 21. The official opening took place on November 28-29. The giant slalom competition in snowboarding and skiing was held on the first day. Both beginner skiers, snowboarders and professionals were able to test themselves. The participants were divided into groups,» the website says.

Too-Ashuu ski center has also started to work. Winter sports enthusiasts are welcome there from November 21.

Oruu-Sai ski center was opened even earlier: it began to receive visitors at the beginning of November. 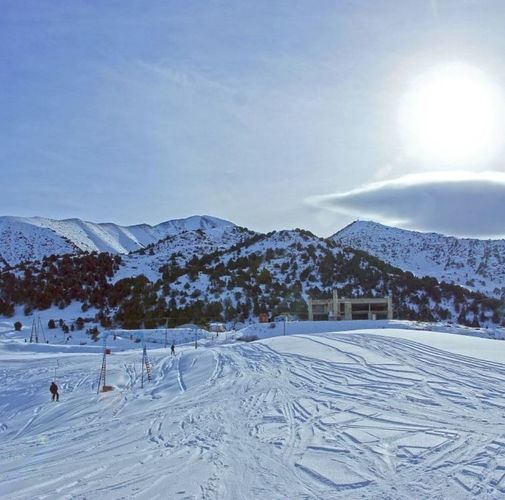 Ak-Tash ski base also announced it technical opening on November 29.

ZIL ski center plans to open this week. The first visitors are expected there from December 4. Kashka-Suu and Ski Tatyr are also planning to open on December 5.

Representatives of Chunkurchak ski center told that they were not yet ready for the opening.

«There is very little snow — a couple of centimeters, like in the city. According to the forecast, frosty and cloudy weather is expected in Bishkek in the coming days, mostly without precipitation. The sun will come out by the weekend, and it will get a little warmer. The hydrometeorological center promises snow next week, we’ll wait. We hope there will be a lot of snow. In previous years, we did not start the season until mid-December. Let’s see how it will be this year,» management of the center said.

Toguz-Bulak, Politech, Chon-Tash ski bases also do not plan to open in the near future due to lack of snow.

Orlovka ski center is also preparing for the beginning of the season.

Ak-Tyuz ski base has not yet announced start of work.