Supporters of the former president of Kyrgyzstan Almazbek Atambayev hold rally in Bishkek.

The protesters entered the building of the Supreme Court. They demand from the Chairwoman of the court, Gulbara Kalieva, to come out to them.

They demand explanations on what grounds the court hearing is constantly postponed. 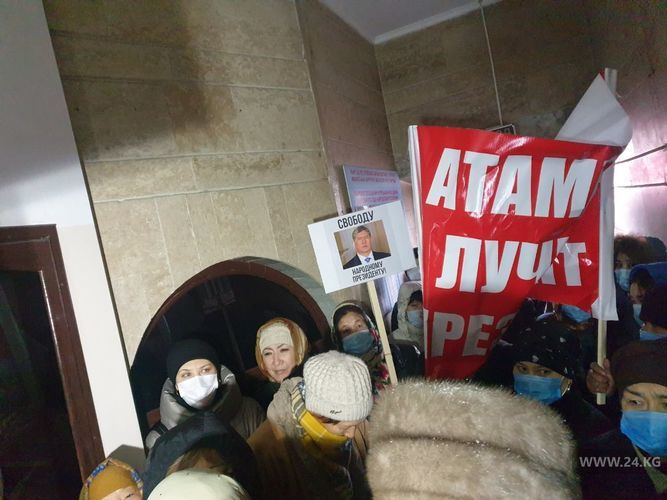 Recall, the Pervomaisky District Court of Bishkek sentenced Almazbek Atambayev to 11 years in prison, former Prosecutor General Indira Dzholdubaeva — to a fine of 5 million soms, former adviser to the head of the State Penitentiary Service Kalybek Kachkynaliev — to two years in prison. Due to the fact that the term of his detention had expired, he was released from custody in the courtroom. An academician Abdukhalim Raimzhanov was found guilty, but he was not sentenced due to the expiration of the statute of limitations.