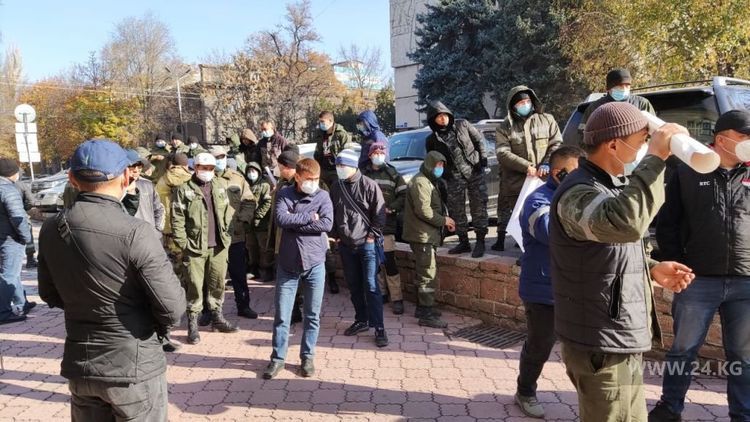 Employees of Severelectro OJSC came to the Government House. They want to meet with the Acting President, Prime Minister of Kyrgyzstan Sadyr Japarov.

Power engineers are preparing an appeal. The protesters intend to defend their position until they are heard. They continue to demand to reinstate the previously dismissed director of the company, Doskul Bekmurzaev, in office.

According to the protesters, employees of four power distribution zones in Bishkek refuse to work. In case of a breakdown, none of them will react.