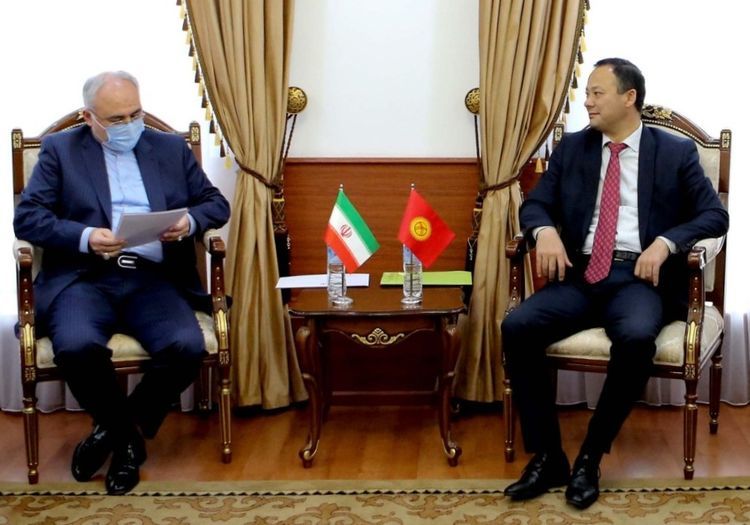 Foreign Minister of Kyrgyzstan Ruslan Kazakbaev received the Ambassador Extraordinary and Plenipotentiary of the Islamic Republic of Iran to the Kyrgyz Republic Saeed Kharrazi.

During the meeting, the parties exchanged views on topical issues of Kyrgyz-Iranian cooperation in the political, trade, economic, cultural and humanitarian spheres.

Ruslan Kazakbaev informed the Ambassador about the internal political situation in the Kyrgyz Republic and noted that at present the situation in the country was stable. The ongoing political processes have returned to the legal framework, all branches of state power were legitimate, and the executive bodies were working as usual.

In addition, Ruslan Kazakbaev thanked the government of Iran for the humanitarian assistance provided in May and August 2020 to combat the coronavirus, as well as in connection with completion of construction and transfer of the Kyrgyz-Iranian Friendship Sports Complex named after the Olympic champion Gholamreza Takhti built at the expense of $ 1 million Iranian grant to the Osh City Hall.